‘Joker’ Reviews Are In, and Critics Say It’s an Oscar-Worthy Masterpiece

“…If nobody had never heard of the Joker before seeing this, it would still create a villain for the ages.” 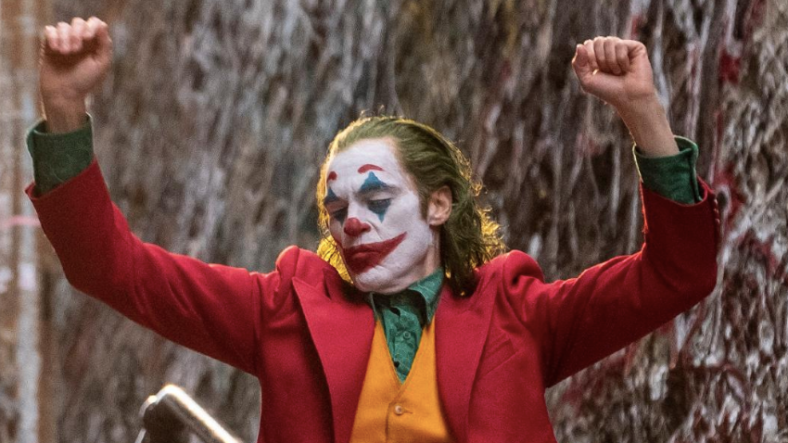 Joker‘s very first film showing at the Venice Film Festival drew an eight-minute standing ovation. The premiere of the new Joaquin Phoenix movie garnered overwhelmingly positive reviews from numerous critics and audience members, one saying that “will be remembered for a long time.”

Audiences were captivated by Phoenix’s performance and IGN ranked Joker 10/10, while the Guardian gave it 5 stars.

Entertainment journalist Mike Cecchini tweeted that “if nobody had never heard of the Joker before seeing this, it would still create a villain for the ages.”

Forbes critic Mark Hughes said it is easily one of the best films of the year and termed Joker “an awesome accomplishment sure to please fans of the character and of the superhero genre, as well as average viewers just looking for a terrific film for adult audiences.”

There were outliers, notably TIME magazine’s Stephanie Zacharek, who definitely had issues with what she watched, seeing it as timely—but in the worst way:

The movie’s cracks — and it’s practically all cracks — are stuffed with phony philosophy. Joker is dark only in a stupidly adolescent way, but it wants us to think it’s imparting subtle political or cultural wisdom. Just before one of his more violent tirades, Arthur muses, “Everybody just screams at each other. Nobody’s civil anymore.” Who doesn’t feel that way in our terrible modern times? But Arthur’s observation is one of those truisms that’s so true it just slides off the wall, a message that both the left and the right can get behind and use for their own aims. It means nothing.

TIME is definitely in the minority here, though.

Too bad these critics saw the movie over a month before its release. That means audiences only have more time to get stoked about seeing it for themselves. A selection of comments from critics and film professionals on Twitter below (many with links to reviews) won’t help.

‘Joker’ With Joaquin Phoenix Is A Powerhouse 2019 Movie And That Should Scare The Sh*t Out Of You [Venice Review] https://t.co/6h4chAkMwK #JoaquinPhoenix #JokerMovie #Venezia76 pic.twitter.com/SIuFdn0nnR

I’ve seen #Joker and I fully endorse @JimVejvoda’s decision to give it our first film review 10/10 of the year. I haven’t stopped thinking about it. https://t.co/DjD1hi8LFm

#JOKER will change superhero cinema forever. Sure to be controversial. The film is a literal riot. I just flipped a car with two of the guys from IndieWire. A Guardian reviewer fell down and we all kept running. I stepped on his hand. REALLY impressed with Todd Phillips

Joker is in theaters everywhere on October 4, 2019.