#Jokerstairs in the Bronx is one of the most popular places to pose on the ‘gram, but locals are sick of wannabe clowns invading their hood. 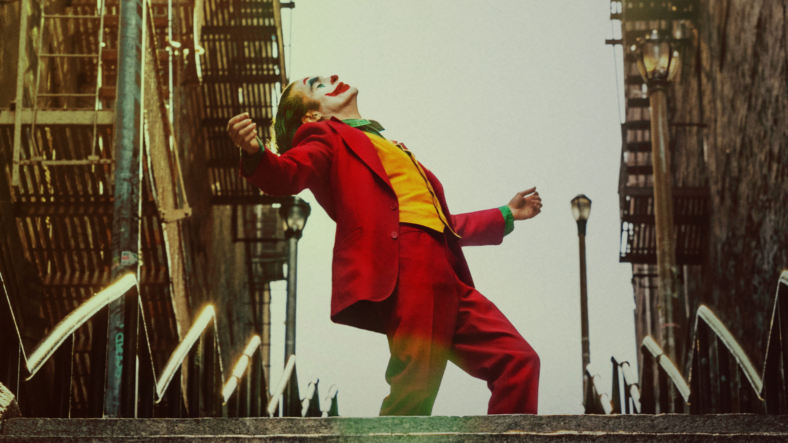 The Joker was an almost instant hit and it has remained at the top of the box office for weeks—it will likely be the highest-grossing R-rated movie, ever.

The pitch-black Todd Phillips drama is anchored by what critics hale as an Oscar-worthy performance by Joaquin Phoenix and by Phillips’s vision of a bleak, 1970s-era Gotham.

One of the big moments in the movie is Phoenix’s mad dance on a steep stairway in the city. It marks his transformation from a mentally ill and put-upon loser to The Joker. It’s a real location, too–the stairs are in the Highbridge neighborhood in the Bronx. Naturally, it’s become a must-see for everyone wanting to impress friends on Instagram and locals are already sick of it.

“We hope it ends soon because we don’t need this,” said Jonathan Francis, a 29-year-old who has lived in the neighborhood his entire life. “We feel disrespected.”Francis said his neighbors now have trouble using the stairs to get to work and school and that some have stopped using them out of fear of appearing in photos.

There are even flyers up on lampposts with statements like, “It is disrespectful to treat our community and residents as a photo opportunity for your social media…”

It’s not like the tourists Ubering in to grab that one perfect shot are sticking around and giving establishments in the area their business, either—residents told Gothamist of seeing them drive up, take the photos, then leaving again.

A look at Instagram hashtags reveal that #jokerstairs is closing in on a thousand posts, and those are just the users who remembered to use the tag. The pics obviously all fit a theme.

And so on. Of course they aren’t just posting on Instagram, either.

The most telling clip of all was, in fact, posted on Twitter.

Complaining residents have posted on social media, too, and one in particular probably nailed the problem:

Rule for the tourist to the stairs in #Highbrigde support local businesses and shops.
The area is riddled with income inequality, poverty, violence and crime.
Putting your money where your tourism eyes are is the very least you can do.
Or don’t go. #Jokerstairs #TheBronx

A local TV reporter did find one guy who is perfectly happy for all the new tourism, though.

He basically said that because the tourists all tend to be white the police aren’t checking up on the stairs as closely as before and he can sit and smoke—it looks like he was interrupted rolling a joint—in peace.

As the weather gets colder the trend will likely diminish, but for it’s definitely a thing for now. Anyone who goes should probably consider the fact people are just trying to live their lives around that staircase and seriously—New York probably has more spots where someone can do it for the ‘gram than just about any other city on Earth. There are plenty of choices.

Friends will understand and they won’t have to be inflicted with seeing everyone they know in Joker makeup, either.