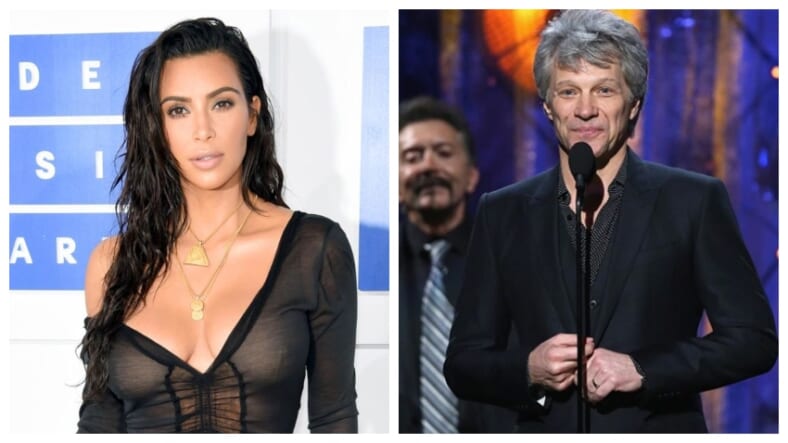 Here’s one celebrity beef no one saw coming: Rock legend Jon Bon Jovi vs. reality show legend Kim Kardashian. What a time to be alive.

It’s Bon Jovi who is really firing up this particular feud, apparently. Youthful as the rocker still looks, he’s turning into something of a crotchety old dude, and it’s pretty fun to watch.

Tell us how you really feel, dude. Oh, wait—he wasn’t even done yet, saying, “Go and write a book, paint a painting, act, study, sing, play write. Fame is a byproduct of writing a good song.”

It’s surprising he left off the fact that in the 80s, having great hair and owning stock in a hairspray company was a distinct advantage when it came to being famous.

Kim Kardashian hasn’t issued a reply, but it wouldn’t be surprising if Kanye was already working on dropping a diss track in her defense. Your move, ‘Ye.