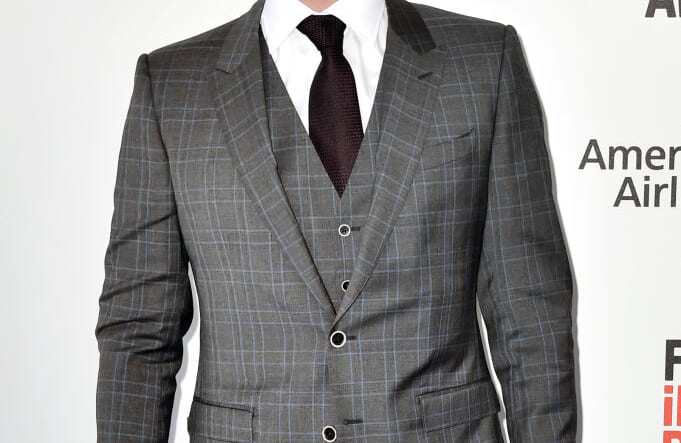 In an interview with Graham Bensinger on In Depth, Hamm said he’s definitely aware of folks on the internet saying he’d be an amazing Bruce Wayne/Batman…and that he’d consider playing Batman if he was offered the role.

“I have had rumors about that since probably season one of Mad Men. I have never had a conversation with anybody about it, literally. And I’ve sat in the room with all these guys. I have never been offered anything. I think the internet wants what it wants… I’d probably fit the suit. I’d have to work out a lot, which I don’t love, but I am sure there’s an interesting version of that being out there. And if they wanted to tap me on the shoulder and ask me to do it, why not?”

However…he added that he’d only don the cape (Get it? Don, like Don Draper? Ha!) if the script was good.

“It depends on the script, what the story is. I am a huge comic book fan, always have been. I’ve read comic books since I was nine or younger. And I’m pretty knowledgeable about a lot of them. And I like the genre, and I like when they’re done well… it depends on the story, it all comes down to the story.”

And you know what? Twitter agrees. The internet wants Jon Hamm as Batman!

It's ok you guys, I fixed it and this could potentially be the best #Batman film ever made starring #JonHamm, and we'll also get to see Robin too. Thoughts? #BatHamm 😂 pic.twitter.com/wwr4XMQBdm

Okay, Jon Hamm as Bruce Wayne/Batman could work—but that means his butler Alfred really must be played by… pic.twitter.com/itNp1EaeDF

I want a Jon Hamm Bruce Wayne for the batman movie! NOW! pic.twitter.com/04pZ2GwYAq

What do you think? Do you want to see Jon Hamm as the new Batman? I’m totally here for it.