Jones could be back in the cage sooner than expected. 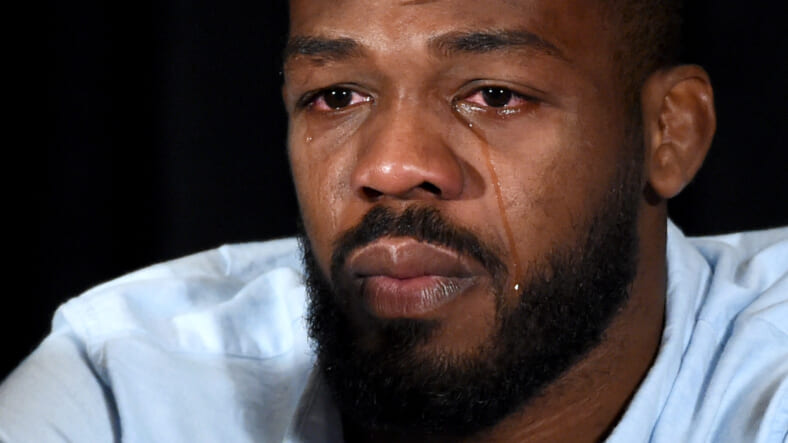 The Jon Jones PED (Performance Enhancing Drugs) saga took a weird turn on Sunday when the 29-year-old fighter posted and then quickly deleted this video on Instagram.

Jon Jones just dropped this message on Instagram and says he has good news & expects to be back in the Octagon soon. pic.twitter.com/Q6U8GFBSTo

The choice quote is this: “We have found out lots of really good news and I am expecting to be back in the Octagon really soon.”

That would be big. On June 16, just three days before he was set to fight Daniel Cormier at UFC 200, Jones was popped for failing an out-of-competition drug test. The interim UFC Light Heavyweight Champion had both clomiphene and letrozole in his system. The drugs, which are typically used when coming off of a steroid cycle, are taken to prevent the growth of man boobs.

Jones’s cryptic Instagram video alone wouldn’t have been taken all that seriously, but Tuesday Dana White threw some gas on the fire during his appearance on The Jim Rome Show.

“It’s coming back now that it looks like that he did not take the supplement that everybody thought he took, and we will see how this thing plays out,” White said.

White added that he plans to “let this thing play out, and that if that’s true and that’s what USADA and the Nevada State Athletic Commission says happened, it could look good for Jon Jones.”

Good news indeed. Jones could face a two year suspension if he’s guilty, which would be a huge blow to his career.

White explained that the substances found in Jones system, those typically associated with a steroid cycle, are also in other supplements that the fighter was taking. However, Jones didn’t disclose these supplements to USADA, so when the anti-estrogen blockers showed up on his test, they triggered a failure.

As happy as Jones and White seem about the potential return of one of the UFC’s biggest stars, not everyone is doing cartwheels.

Daniel Cormier, for one, sees no reason to celebrate Jones’s potential return, tweeting that “Jon did take something. Just something different than originally thought.”

Stay tuned, there could still be chemically-enhanced drama to come.