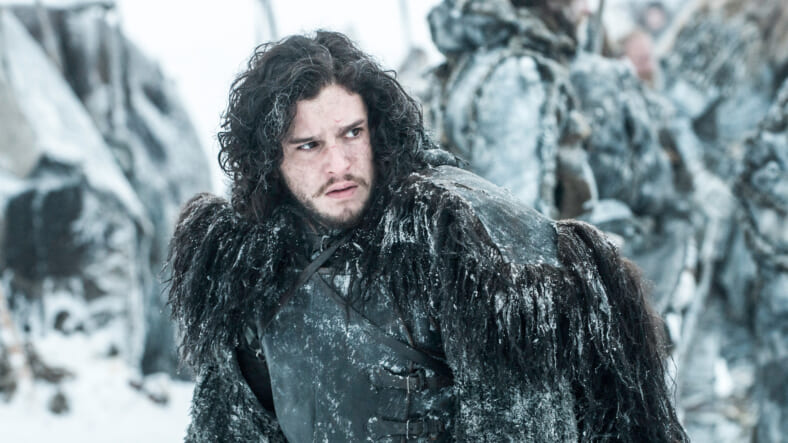 So after months of pointless speculation and willful deceptions, it turns out that Game of Thrones fans were right all along: Jon Snow has been brought back from the dead, despite Kit Harington’s repeated insistence that Jon Snow was permanently dead and he would not be returning for the sixth season, despite being seen on set.

If we can’t trust international celebrities who make their living pretending to be other people, who *can* we trust?

Near the end of Season 6 Episode 2, “Home,” Jon Snow was resurrected exactly as many fans had speculated he would be: Melisandre prayed to the Lord of Light to revive him, and it worked.

All told, it was a pretty anticlimactic scene given the supposedly dramatic reversal, and the show’s attempt to keep us in suspense was utterly unconvincing. It might as well have been an episode of Young and the Restless or Days of Our Lives, not the most expensive television show in existence.

And Game of Thrones showrunners couldn’t resist dragging it out even further; ending on Jon Snow taking a gasp of breath, alone in his death bed, after Melisandre and the other lefts thinking the spell didn’t work. So who is this all for?

Harington recorded a video for Entertainment Weekly apologizing for misleading his fans into thinking Jon Snow was dead for good.

“I’d like to say sorry for lying to everyone,” Karington said. “I’m glad that people were upset that he died. I think my biggest fear was that people were not going to care or it’d just be, ‘Fine, Jon Snow’s dead.’ But it seemed like people did have, similar to the ‘Red Wedding’ episode, a kind of grief about it. Which meant that something I’m doing, or that the show’s doing, for Jon is right.”Wait a second: Was all this so a Hollywood actor could feel validated? Maybe it’s part of why it got so out of control, but HBO dramas have played with death ambiguity before.

In season 2 of The Leftovers, we see a main character presumably die and go to the afterlife, only to appear (inexplicably) alive in the next episode. That sequence was clearly influenced by the most famous “is he or isn’t he” scenes in TV history, the series finale of The Sopranos, which most of us will be arguing about until we’re dead ourselves.

Jon Snow is not the first Game of Thrones character to be resurrected: Lord Beric Dondarrion has been brought back from the dead six times now. And each time he is, he’s become more incoherent and less connected to the memories of his earlier life.

Based on that, it seems we shouldn’t expect Jon Snow to be exactly the same man he was before.