Daenerys and Jon Snow Are Totally Going to Do It on ‘Game of Thrones,’ Director Reveals

Get it, Jon Snow. 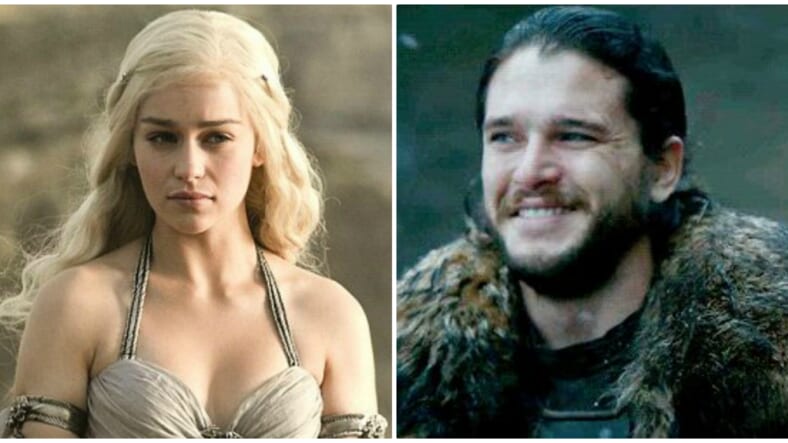 Attention all Game of Thrones fans! Jon Snow and Daenerys are totally going to hook up! I repeat: Jon Snow is going to give it to Daenerys, a.k.a. the baddest bitch in all of Westeros.

The director himself confirmed it, so we know for sure it’s going to happen. Oh, those crazy kids.

This is good news, because with only one episode left in Season 7, we all have very big expectations for the finale, since every episode leading up to it has gotten increasingly mind-blowing.

A dickless Grey Worm had sex with Missandei, a dragon turned into a goddamn zombie, and Ed Sheeran made a super lame cameo in the season premiere. So, it’s pretty sweet that wild things will continue to happen in the finale.

And when I say wild, I mean incest-style sex stuff. Dany is Jon’s aunt, after all.

Actually, now that I think about it…yuck. Maybe they shouldn’t have sex and just be buddies and allies in the looming war against the Night King and his zombified White Walkers.

But then again, GoT wouldn’t be complete without a little incest, am I right, Cersei and Jaime?

There’s no secret that this is where this is going. Readers of the book have known that things were heading towards this destination for a while. Even the characters in this story know it’s heading in this direction.

Tyrion is making fun of Dany about what’s brewing. So we knew it’s got to come at some point, and I was glad that I got to be there for a major step forward for them.

The fact that they are starting to fall for each other is huge. It comes down to tiny moments and how they interact with each other.

They’re holding hands and there’s this great look where she’s swooning and she steps back from it, but it’s clear that that’s our destination at this point.

Yeahhh, Jon is so going to bone his aunt. It’s inevitable.

Tune in this Sunday to see if it’ll happen. Can’t wait.