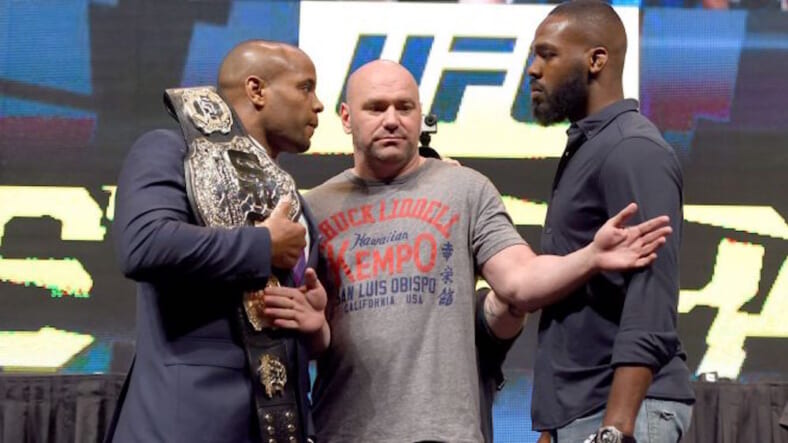 Conor McGregor and Nate Diaz may not be headlining UFC 200 any more, but the July 9 pay-per-view extravaganza will still have a rematch as its main event. Daniel Cormier and Jon Jones will fight once again in a light heavyweight unification bout, Dana White announced on Good Morning America Wednesday.

“UFC 200 has been, uh, interesting to say the least, putting this thing together,” White said on GMA, referencing the continuing drama with McGregor.

Jones vs. Cormier II will be a rematch of a fight that took place January 2015 at UFC 182. In that fight, Jones defended his light heavyweight championship belt by running circles around Cormier and winning by unanimous decision.

Three months later he was stripped of his belt and Cormier snatched it by defeating Anthony Johnson at UFC 187. The 17-1 Cormier was set to avenge his only career loss last weekend at UFC 198, but pulled out with a leg injury on April 1. Jones fought Ovince Saint Preux instead and beat him by unanimous decision, winning the interim light heavyweight belt.

He didn’t have much interest in the title though. As Jones was handed it after the fight, he refused to put it on. “I don’t think I want that belt. It’s not the real belt. I want my actual belt back” he said.

With more than two months until UFC 200, both Jones and Cormier should be ready for the highly-anticipated rematch. Cormier was cleared by his doctor Monday and his leg should be healed in time for the fight.

Jones, meanwhile, is suffering a foot injury from his fight last weekend but insists that it’s not broken and he’ll be ready to fight in July.