The daytime TV host is rich AF — and that’s factoring into a huge lawsuit right now. 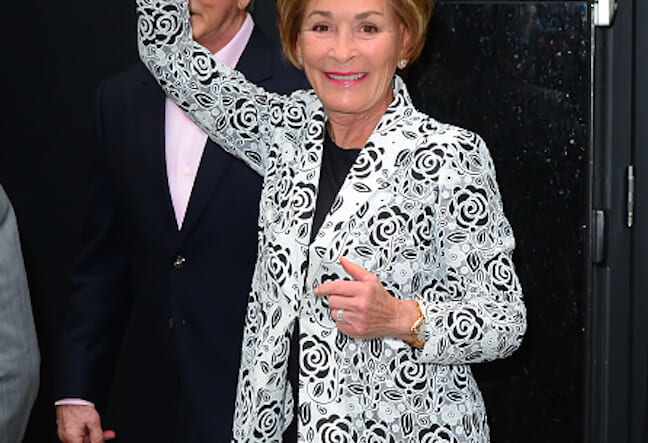 Judge Judy’s salary is a point of contention in a lawsuit filed against CBS, the network which carries her namesake courtroom series and pays her a whopping $47 million a year.

Talent agency Rebel Entertainment Partners filed a lawsuit against CBS Monday, claiming it’s been owed contractually-obligated payments since 2010. The lawsuit contends that CBS is losing money (or pretending to lose money?) on the show while continuing to pay an exorbitant salary to Judy Scheindlin, whose contract runs through 2020.

According to the lawsuit, Rebel Entertainment Partners principal Richard Lawrence is responsible for the existence of Judge Judy in the first place, as he recognized Scheindlin’s “star potential” 20 years ago, and successfully pitched the series to the CBS-owned Big Ticket Productions.

Unsurprisingly, Judge Judy was not shy in her response to the lawsuit. “The fact that Richard Lawrence is complaining about my salary is actually hilarious,” Sheindlin said in a statement:

“I met Mr. Lawrence for 2 hours some 21 years ago. Neither I nor anyone involved in the day-to-day production of my program has heard from him in 20 years. Not a card, not a gift, not a flower, not a congratulations. Yet he has somehow received over $17,000,000 from my program. My rudimentary math translates that into $8,500,000 an hour for Mr. Lawrence. Not a bad payday. Now complaining about not getting enough money, that’s real chutzpah!”

While we’re breaking down rates, Judge Judy’s salary of $47 million means that she makes $865,000 a day: According to a 2011 New York Times profile with Sheindlin, she only works five days a month, presumably filming multiple installments on the same day. Not bad work if you can get it.