Munchkinland was a bad place. 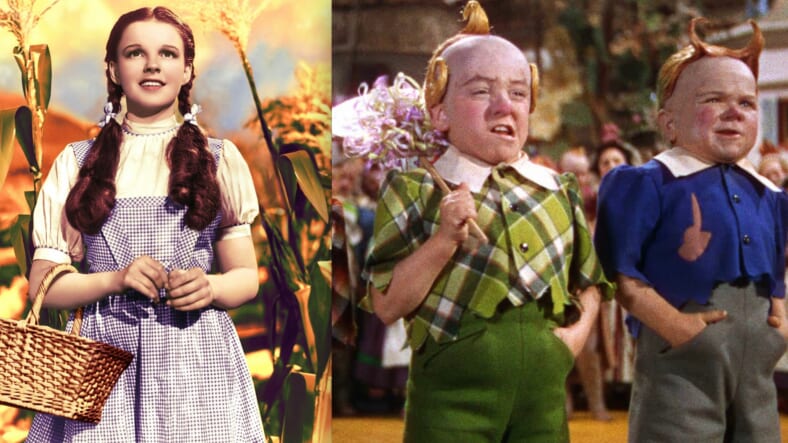 Munchkinland wasn’t all it was cracked up to be. A new memoir from the late ex-husband of The Wizard of Oz star Judy Garland (a/k/a Dorothy) claims that the then 16-year-old actress was repeatedly groped and harassed by several “munchkin” actors on set.

“They would make Judy’s life miserable on set by putting their hands under her dress,” Sid Luft writes in Judy and I: My Life With Judy Garland. “The men were 40 or more years old. They thought they could get away with anything because they were so small.”

“They were very tiny, they were drunks,” Garland said in 1967. “They put them all in a hotel in Culver City, and they got smashed every night, and they had to pick them up in butterfly nets.”

We can only imagine what the Mayor of Munchkinland would have to say about all this.