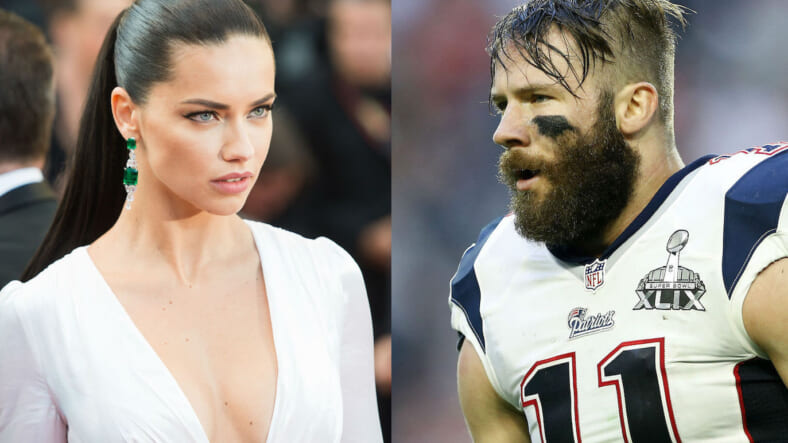 Patriots wide receiver Julian Edelman and Brazilian supermodel Adriana Lima are dating, according to TMZ. While they’ve only been out a couple times and they haven’t gone exclusive yet, they are at the walking in public while holding hands stage. That’s just past the drunkenly making out in a club stage but before the cooking you dinner at my place stage.

These pictures were taken in Nantucket over the weekend.

In some ways, it’s clear that Edelman is so in love with this mentor Tom Brady that he’s trying to follow in the legend’s footsteps. In 2009, Brady married Brazilian super model Gisele Bundchen. Now, here’s Edelman, dating a Brazilian supermodel (and aspiring broadcast journalist) of his own.

But Edelman’s his own man. He’s not completely aping Brady here. In no way is that more obvious than those shorts he’s wearing on his romantic stroll with Lima. Touchdown Tom wouldn’t be caught dead in cutoff jorts.