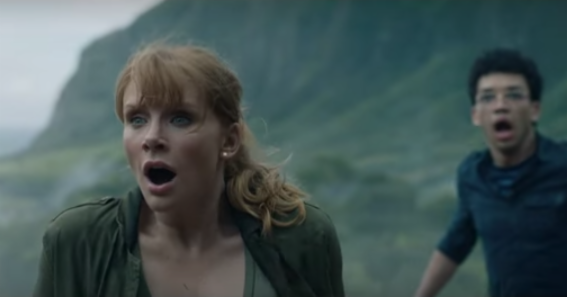 Chris Pratt is on the run from a horde of stampeding dinosaurs—and what appears to be an erupting volcano—in the newest trailer for Jurassic World: Fallen Kingdom.

The 15-second teaser is noticeably less tame than the first, which featured the Jurassic World star jovially petting a baby velociraptor.

So excited to show you this!! A first look of the new Jurassic adventure. #JW2 pic.twitter.com/U7eJRANXgg

Pratt and co-stars Bryce Dallas Howard and B.D. Wong are totally surrounded by the rampaging prehistoric beasts when the clip cuts out.

Jurassic World: Fallen Kingdom is slated to hit theaters on June 22, 2018. Maybe we’ll see the conclusion to this action-packed teaser when the full trailer drops this Thursday.