Could this be the DC crossover movie we’ve been waiting for? 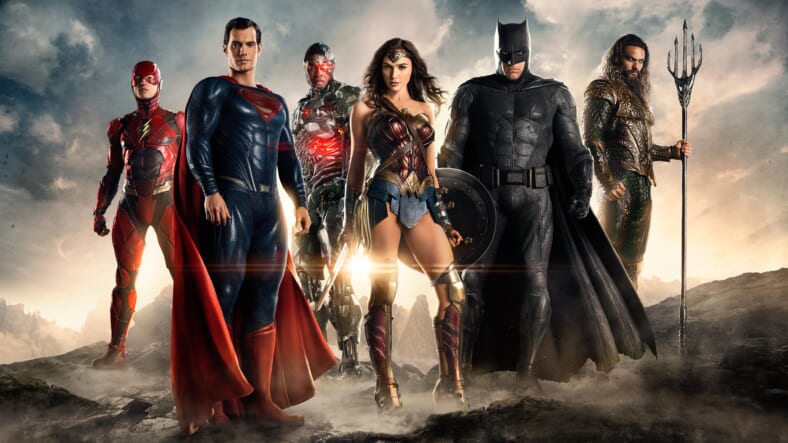 DC gave Marvel a run for its money at Comic-Con, courtesy of its brand new Justice League trailer, provided by director Zack Snyder and his all-star superhero cast.

The film, uniting Batman (Ben Affleck), Superman (Henry Cavill), Wonder Woman (Gal Gadot), The Flash (Ezra Miller), Aquaman (Jason Momoa), and Cyborg (Ray Fisher), isn’t set to hit theaters until November of next year, but based off the trailer above, it already seems that much more promising than its predecessor, Batman v. Superman: Dawn of Justice.

With Batman, Superman, and Wonder Woman already introduced, the clip primarily focuses on the recruitment of the three other League members, displaying The Flash as a clear sign of comic relief, and Jason Momoa as a water-based replica of his Game of Thrones character, Khal Drogo.

Check out footage from the panel above, and look for the Justice League to assemble on-screen for the first time on November 17th, 2017.