Aquaman wins this one. 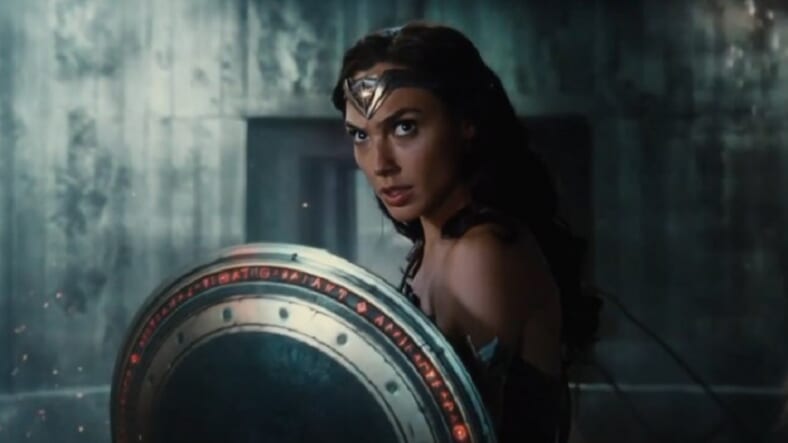 San Diego Comic-Con is usually a wealth of previews, and Saturday was no exception. In addition to a look at a new Steven Spielberg film, much of the cast of Justice League was on hand to debut a new trailer, and it’s one of the best yet.

Ben Affleck (Batman) did the intro for the trailer at Comic-Con and it opens with Gal Gadot’s Wonder Woman in full-on superhero mode. It becomes clear danger has come to Paradise Island in the form of the villain Steppenwolf. From that point on the Justice League slowly assembles.

We get a look at some incredibly fun superhero action, including another scene of Aquaman kicking ass in a pretty epic—and hilarious—way.

Trailers are beginning to reflect movie structure with what amounts to end credit after scenes, and this one is no exception. It’s pretty clear that Superman is definitely coming back. Hopefully not too late.

Justice League is in movie theaters in November 2017.