Timberlake revealed the origin story of how he and Andy Samberg created the best song parody in “Saturday Night Live” history. 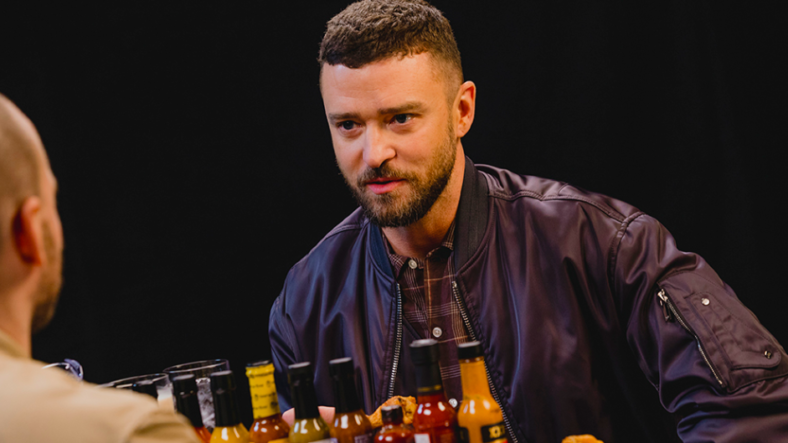 For First We Feast‘s Hot Ones Season 11 finale (taped before the coronavirus lockdown) they gave Justin Timberlake the show’s signature spicy wing challenge. Timberlake was up for the face-melting showdown, though he sweated it out just as hard as every other guest who has braved the grueling show.

The Tennessee native managed to hold up his end of the interview pretty well on the whole and discussed everything from essential Memphis dining destinations to his music, both serious and not.

In addition to recounting the first time he ever heard the beat for “Cry Me a River,” Timberlake told the origin story for one of the greatest SNL digital shorts ever, his “Dick in a Box” music video with Andy Samberg.

What people don’t know about “D in B” as he calls it, Timberlake said, is he and Samberg’s Lonely Island comedy troupe basically ripped off groups like his own NSYNC for the silk-suited 90s look of the performers in the video. And the song itself was inspired by the urban legend about guys cutting holes in the bottom of popcorn bags to get hand jobs from their dates in movie theaters, in case you were wondering.

They were told to censor “Dick” at the last moment, Timberlake relates, but he was glad for that, as the “bleeped version” is funnier, as far as he’s concerned (he’s right).

You can watch season 11 of Hot Ones here.