Do you think Timberlake should have apologized? 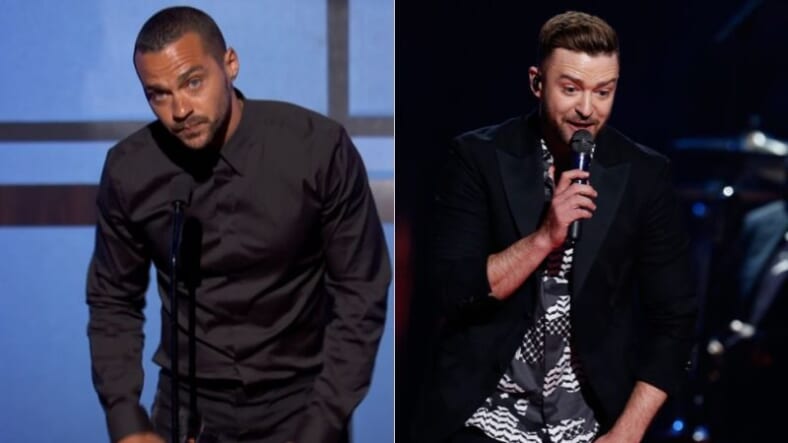 Justin Timberlake is being roasted on Twitter after responding to Jesse Williams’ acceptance speech about racial injustice at the BET Awards Sunday night.

The Grey’s Anatomy star spoke about civil rights, police brutality, and racial issues in the entertainment industry in a powerful—and talked-about—acceptance speech.“This invention called whiteness uses and abuses us,” Williams railed in the emotional speech.”Burying black people out of sight and out of mind while extracting our culture, our dollars, our entertainment like oil — black gold, ghettoizing and demeaning our creations, then stealing them, gentrifying our genius and then trying us on like costumes before discarding our bodies like rinds of strange fruit.”

But he didn’t stop there. Timberlake perhaps unwisely fired back at a commentator bent on tweaking him, even referencing that “wardrobe malfunction” with Janet Jackson at the 2004 Super Bowl. “So does this mean you’re going to stop appropriating our music and culture? And apologize to Janet too.”

As expected, this sent the internet into a frenzy. Justin’s words were twisted and his response predictably garnered some negative feedback.

While Williams had yet to weigh in the controversy, Timberlake did sign off with one final apologetic tweet to put the whole issue behind him. Good luck with that.

I apologize to anyone that felt I was out of turn. I have nothing but LOVE FOR YOU AND ALL OF US.