The busty Jersey Shore babe is set to make a splash (get it?) in a celebrity high-diving show. 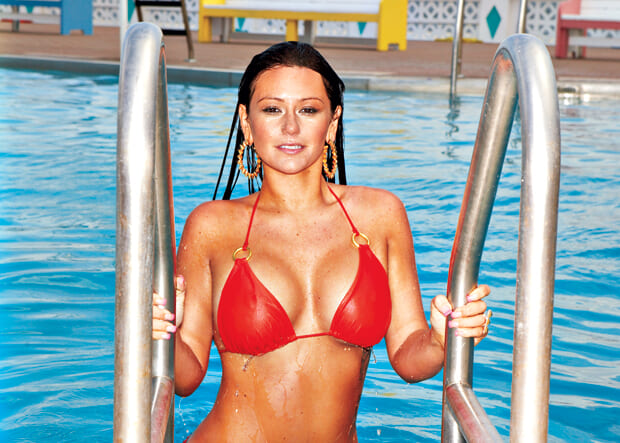 The busty Jersey Shore babe is set to make a splash (get it?) in a celebrity high-diving show.Jersey Shore might be ending, but that doesn’t mean you’ve seen the last of the incredibly sexy Jenni “JWoww” Farley. Turns out she’ll be participating in a celebrity high-diving competition show (apparently such a thing exists) set to air on FOX. Other participants include Terrell Owens, Antonio Sabato Jr., and a couple people we’re sure you’ve never heard of from Real Housewives of Beverly Hills. We already know Jenni loves the water, so we’ve got our money on the Maxim cover girl for the win.Stars in Danger: The High Dive premieres Wednesday, Jan. 9, on FOXMike Judge is Coming to HBOGirls We’re Thankful For