The rapper hit back at Amber Rose’s allegations on Twitter. 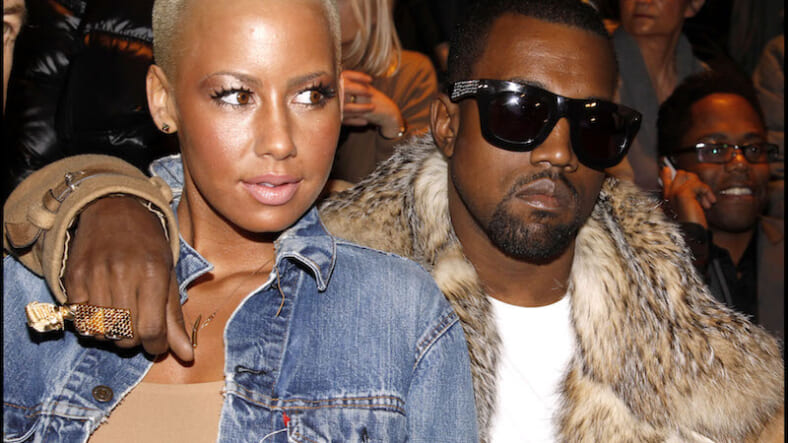 This week’s Twitter battle between Kanye West and Wiz Khalifa was truly one of the best examples as to why the internet is the most important invention since the dawn of time. Watching the two guys exchange words as to which one had cool pants, and which one had relations with a stripper (pause though — since when is that a bad thing?) was fun, but the best thing to come out of that Twitter exchange was Kanye’s ex-gf Amber Rose rolling down her internet window just long enough to be like “pssst, Kanye likes butt stuff though.”

Awww @kanyewest are u mad I'm not around to play in ur asshole anymore? #FingersInTheBootyAssBitch☝

Kanye would now like everyone to know that that piece of intel is false.

I think I speak for more than just myself when I say that this convo needs to last forever.