He somehow released an album and negged Martin Shkreli and Mark Zuckerberg in one weekend. 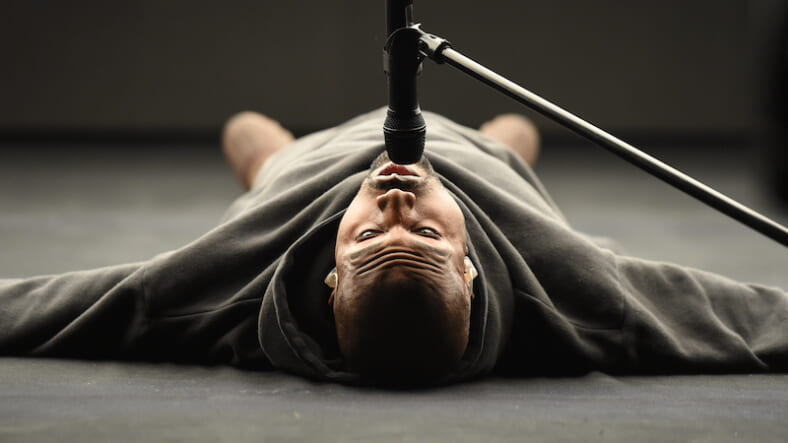 If you step back and take in the full picture of Kanye West, not as a rapper and performer, but as an entity, he’s actually just as much of a genius as he claims to be. The buildup to his latest album, The Life of Pablo, and its calculatedly messy release over the weekend, shows that Kanye is just as interested in maintaining the spectacle of Kanye as he is in the music of Kanye.

Over the last few years the music industry has seen the steps required in successfully rolling out a new album change dramatically, yet the end result has remained fairly the same: make people care any goddamn way you can. And Kanye is one of the best, if not the best, at doing that. Just like he’s always told you.

This past weekend, Kanye’s circus took place in three separate big top tents. In the first, pharma-douche Martin Shkreli, who had offered Kanye $15 million to exclusively own The Life of Pablo reportedly got scammed out of that amount in bitcoins by someone claiming to be part of Kanye’s team. First off, who pays for things in Bitcoins? And secondly, learn to Google shit, Shkreli. Being good at Google stalking is some introductory villain shit, and you’re claiming to be a pro. Come on.

SOMEONE NAMED DAQUAN SAID HE WAS KANYES BOY AND I SIGND THE DEAL TO BUY PALBO AND SENT THE BITCOIN. CALL THE POLICE THIS IS BULSHIT

The second act took place in Studio 8H of the Comcast Building at 30 Rockefeller Plaza, more commonly known as the Saturday Night Live set. Kanye performed two songs off of his new album, “Ultralight Beam” and Highlights,” then announced after the first song that The Life of Pablo was, as of that moment, available for download on Tidal, and his website. Has anyone other than Kanye actually verbally announced the release of a new album while live on SNL? I’d bet no.

For the third and final act, Kanye took to Twitter (his favorite stage) on Valentine’s Day to announce that he is $53 million dollars in personal debt, and asked Facebook’s Mark Zuckerberg to invest $1 billion in “Kanye West ideas.”

A side note that further highlights that this must be a joke: Zuckerberg was born on May 14th.

Noisey has since published a parody breakdown of how Kanye landed himself in such debt, which, for all its ridiculousness, also lines up behind the “this is a joke” mark in the sand. In 2015, Kanye West’s estimated worth was set at $180 million. Add to that his new clothing line, album, and all that Kardashian money (Kim alone was reported to be worth $88 million last year) and it’s highly unlikely that this debt is real. And while Zuckerberg himself is worth over $44 billion as of last year, and could definitely foot Kanye’s supposed bill if need be, hopefully he’s smarter than Shkreli was and is able to see a joke for a joke.