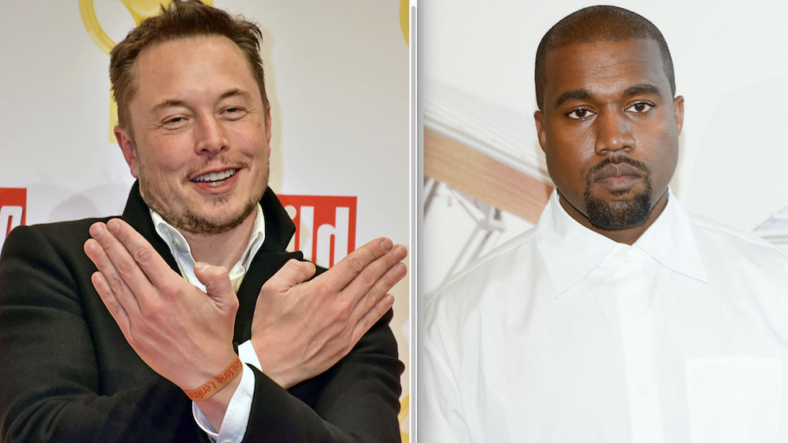 Maybe Kanye West needs to take some time off. Maybe take a break from social media, produce some more albums, brainstorm yet another Yeezy. He’s just not doing himself any favors lately.

Or maybe he is. He definitely seems to believe “any publicity is good publicity,” and he’s pretty creative in creating it. West’s most recent publicity prop: name-dropping Elon Musk during a random visit to an art school. Sympathetically, that is. See the video above.

This follows West’s controversial appearance on Saturday Night Live, when he closed the show with an unexpected pro-President Trump rant that had the studio audience and cast squirming in discomfort. It also follows Elon Musk’s removal as chairman of Tesla Inc. and $20 million penalties against him and his company for Musk’s “false and misleading” tweets about company stocks.

Musk has been the butt of jokes and criticism for his weed-infused screwups, but now we know one thing for sure: he’s got a friend in Ye.