He took off after seeing thousands of fans rampage outside a downtown nightclub. 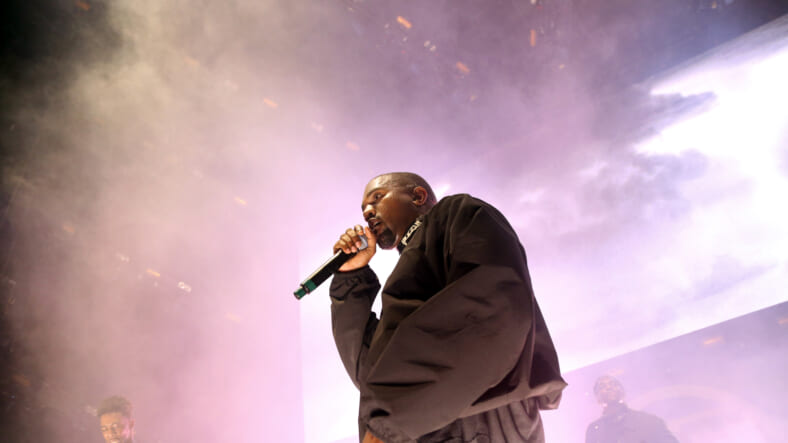 When Sunday’s Governor’s Ball lineup was cancelled due to the threat of lightning, some performers hastily booked shows at local venues to satisfy frustrated fans.

But a group of rabid Yeezy freaks went overboard after learning of a “secret” Kanye West show at Webster Hall in the East Village — and their wild enthusiasm scared both the concert bookers and Yeezy himself away.

When you live across from Webster Hall and Kanye causes a riot 💀 pic.twitter.com/TIG1b7z2kC

A series of cryptic (and quickly deleted tweets) from Kanye’s creative director Virgil Abloh prompted thousands of fans to pack the street in front of Webster Hall for a show that was expected to begin at 2 a.m., after Kanye made an appearance at the Hot 97 Summer Jam at MetLife Stadium in Rutherford, New Jersey. But near-riot conditions forced Yeezy and Wester Hall to back out of late-night show.

About 4,000 fans climbed over cars and broke windows as they tried to secure a spot in line.

“I’ve seen hella people fall (and) people just running over. People are trying to get out. People are going over cars,” a man by the name of Ali told The Daily Beast. “You can’t go anywhere. You can’t even breathe. People are just pushing each other. I love you Kanye, but it’s not worth it.”

The bookers agreed. At about 1:15 am, someone from Webster Hall come outside to tell the mob that the show was cancelled and they should leave. But most ignored the suggestion until Kanye himself sent a message on Twitter.

Shortly after, Kanye’s car drove near the venue and he stuck his head out of the roof, presumably to get a view of what he had wrought. Of course, the crazed fans mobbed his car.

It ain’t easy being Yeezy.

Incidentally, the severe weather conditions that forced the Governor’s Ball cancellation didn’t turn out to be quite as dramatic as expected.

There was an intense but brief rainstorm — that dropped 2 inches of rain — but without the expected lightning conditions, and after it passed, a faint double rainbow could be seen in the evening sky.

A beautiful double rainbow after yesterday's storms near City Hall in #NYC (thanks to David for sending it) 🌈 pic.twitter.com/ED5BUT8JxU