His new album, ‘The Life of Pablo’ takes some nasty digs at the singer. 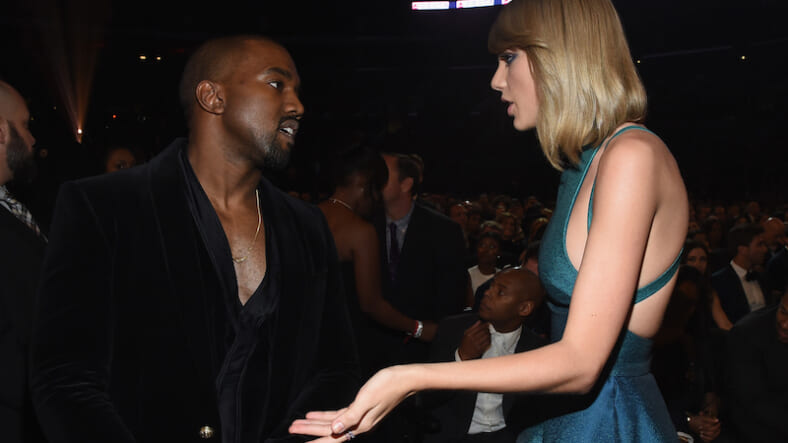 On Thursday afternoon, during a special Yeezy Season 3 fashion event at Madison Square Garden, Kanye West played his new album, The Life of Pablo, for the first time publicly. The new release features a song called “Famous” that includes the line “I feel like me and Taylor might still have sex/ I made that bitch famous.”Kanye and Taylor have been exchanging awkward back-and-forths ever since Kanye snatched the microphone away from her during her acceptance speech for Best Female Video at the 2009 MTV VMAs.

They’ve since made up, sort of, but now their frenemy status is back to enemy because Kanye keeps stirring the pot — and Taylor isn’t trying to just shake it off anymore.

As is often his way, Kanye took to Twitter to explain his side:

A statement from Taylor’s spokesperson, relayed to Jon Caramanica at The New York Times, tells a totally different story.

If definitely doesn’t seem like Taylor would even pretend to be okay with being referenced in such a way, so it’s looking like Kanye has put his foot in his mouth once again.