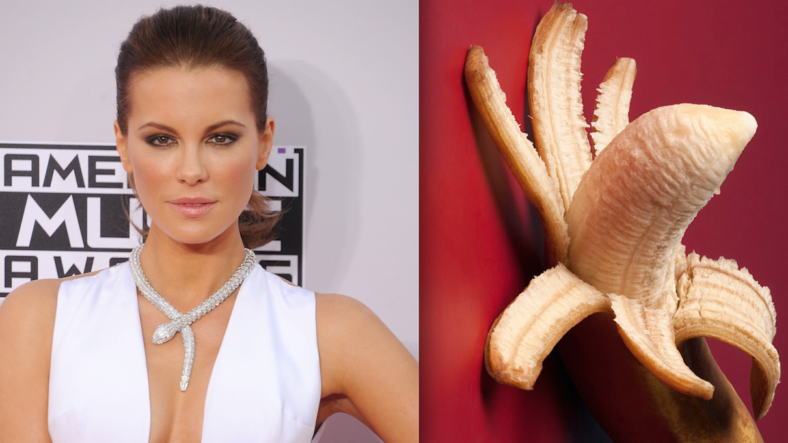 We’re not ones to question the Instagram strategy of a big-name Hollywood star, but Kate Beckinsale‘s is truly bananas. Namely, the elegant British actress has an affinity for sharing images of fruit, bananas specifically, with some seriously suggestive results. See what we mean, below:

In Kate’s defense, who among us has not phallically arranged a banana and fruit and thought, “Nice…”? Not even Oxford-educated beauties are immune.

Even so, the matter was raised during a recent interview on Late Night With Seth Meyers, prompting Beckinsale to bravely defend her “art” and present another 30 of her best hits.

“I haven’t got an obsession with that part of the male body,” Kate claimed while Seth ran through racy images of more bananas, peppers and even chives. “I like the fruit version. It’s not like I’m obsessed with all people’s penises.”

Could have fooled us:

Just a girl trying to make it in a man's world…