Described as a female version of “Crank”, Beckinsale plays a badass bouncer with anger-management issues. 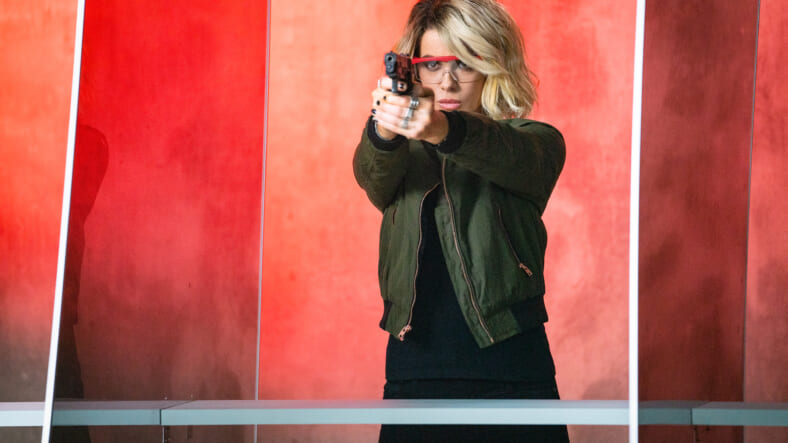 The Underworld actress (and bonafide Instagram swimsuit sensation) is bent on revenge in the upcoming movie co-starring Bobby Cannavale, Jai Courtney, Laverne Cox, Susan Sarandon and Stanley Tucci that’s been described as “a a female version of Crank”, the 2006 Jason Statham action flick.

Amazon explains all in the official plot synopsis here:

Lindy is a beautiful, sardonically-funny woman with a painful secret: Due to a lifelong, rare neurological disorder, she experiences sporadic rage-filled, murderous impulses that can only be stopped when she shocks herself with a special electrode device.

Unable to find love and connection in a world that fears her bizarre condition, she finally trusts a man long enough to fall in love, only to find him murdered the next day. Heartbroken and enraged, she embarks on a revenge-filled mission to find his killer, while also being pursued by the police as the crime’s prime suspect.