Kate Beckinsale Vs. Kylie Jenner: Who Ya Got? 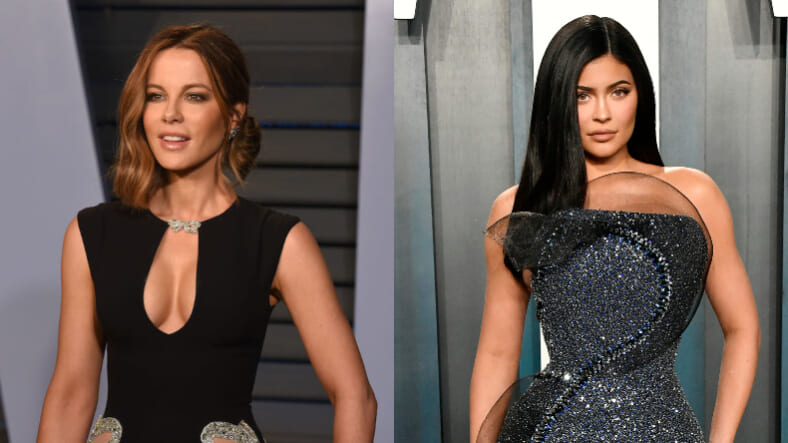 Actress Kate Beckinsale and reality star Kylie Jenner were among the scores of stunning celebrities who implored U.S. citizens to vote in the 2020 presidential election with a scantily-clad thirst trap photo. But whose sultry Instagram pic was actually thirstier?

British actress Beckinsale, who has resided in the U.S. for many years, donned a golden “vote” bra designed by Austin-based jeweler Nina Berenato for her attention-grabbing ‘Gram. The Underworld bombshell went highbrow in the caption by referencing the subject of a famous realist painting by artist James McNeil.

“Turns out the ghost of Whistler’s mother was there the whole time – who, on top of having produced such a fine American artist son (despite his being primarily based in the UK), crossed the Atlantic herself 11 times and lived in both Russia and London -is also clearly observing social distancing from beyond the grave,” she wrote. “Good luck everyone. Be kind to yourselves, and each other.”

but are you registered to vote? click the link in my bio.. let’s make a plan to vote together 🤍🤍

Meanwhile, Jenner rocked a colorful bikini by Dior in a pair of snaps posted in late-September with a more straightforward voting-themed caption. “But are you registered to vote? click the link in my bio.. let’s make a plan to vote together.”

Which election-themed thirst trap reigned supreme? Go to versusgame.com on your phone to predict the winner of this challenge and other fun face-offs!