On the 76th anniversary of the real Pear Harbor attacks, a look back at the skirmish between the beautiful actress and the director who suggested she wasn’t… 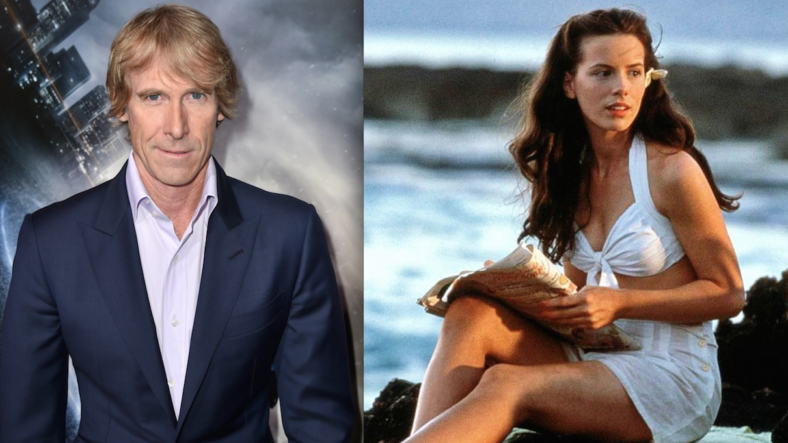 Pearl Harbor, despite lackluster reviews, was one of the top-earning films of 2001 and set action director Michael Bay on an unprecedented path of box office smashes, like his Transformers series. But also, the film marked the beginning of Bay’s frequently thorny relationships with his leading ladies and, yes, even accusations of sexism.

Bay, in a now infamous quote, told Movieline in 2001 his decision to cast Kate Beckinsale in the female lead was entirely predicated on her appearance, not obvious acting abilities.

“I didn’t want someone who was too beautiful. Women feel disturbed when they see someone’s too pretty. I’m not saying Kate’s not pretty. When you look at Titanic, Kate Winslet is pretty, but not overwhelmingly beautiful. That makes it work better for women. Our Kate is very funny, could hang with the guys. She’s not so neurotic about everything, like some actresses. She was solid, and I think the three of them had some really nice chemistry.”

That comment, frequently referenced by Bay’s critics, was no one-off remark. In fact, Beckinsale revealed on The Graham Norton Show in 2016 that they were frequent and actually said in front of her.

“And then, when we were promoting the film. Michael was asked why he had chosen Ben [Affleck] and Josh [Hartnett], and he said, ‘I have worked with Ben before and I love him, and Josh is so manly and a wonderful actor’. Then when he was asked about me, he’d say, ‘Kate wasn’t so attractive that she would alienate the female audience’. He kept saying it everywhere we went, and we went to a lot of places.”

Their feud precipitates Bay’s fallout with Transformers star Megan Fox, who once compared the director to “Hitler” before being fired and replaced by Rosie Huntington-Whiteley. Co-star Shia Labeouf has also spoken at the harsh and sexual tone Bay adopted with Fox, and other reports of Bay’s ruffling feathers abound.

We say: Bay’s suggestion that Kate Beckinsale is average-looking is not only rude, but dead wrong. See what we mean by revisiting her retro Maxim shoot above.