Vampires and lycans are at it again. 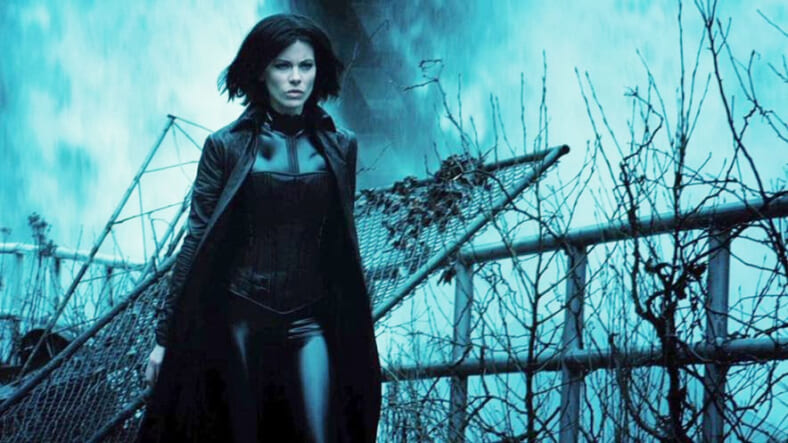 After four installments and countless gallons of supernatural blood later, Kate Beckinsale has returned in all her latex-clad glory for the latest chapter of the Underworld saga.

Underworld: Blood Wars sees the battle between vampires and lycans escalating into a full-fledged war of epic proportions, with the latter on the hunt for lead character, Selene, in order to become immortal.

Expect plenty of flying bullets, glowing blue eyes, and tons of bloodshed in this latest chapter that, while it won’t earn an Oscar anytime soon, will at least quench your CGI action scene thirst.