Britney Spears Just Hit Back at Katy Perry With a Bible Verse, And It Was Epic 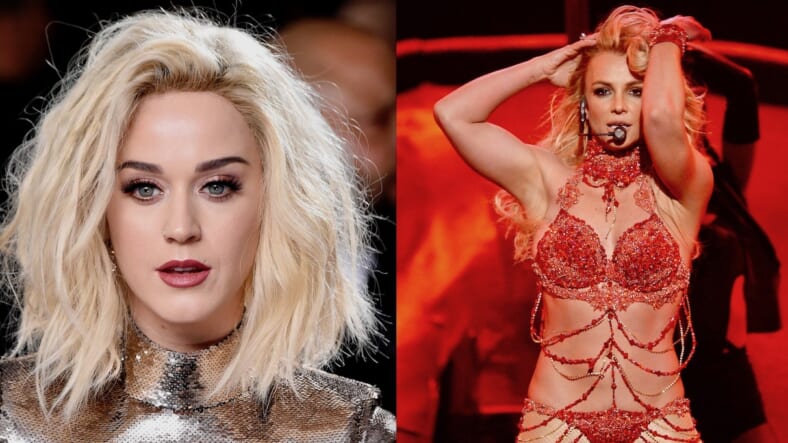 Katy Perry and Britney Spears entered an unofficial feud at the Grammy Awards. On the red carpet, Katy—not once but twice—cracked jokes about Brit’s iconic 2007 mental breakdown, wherein she shaved her head and attacked a paparazzi car with an umbrella.

When discussing her two-year break from music, following the 2014 release of her last album Prism, Perry told Ryan Seacrest she was looking after her mental health. When asked how it went, she joked, “I haven’t shaved my head yet.”

In another interview when asked about her new hair color, Perry said, “It’s like the last color in the spectrum (blonde.) I’ve done all of ’em. The only thing left to do is shave my head which I’m really saving for a public breakdown. I’m down for that.”

Oh, it is SO goddamn on.

Spears has not sat by idly, waiting for another shaved head dig to be tossed her way. Instead, she hit Twitter with a pointed Bible quote, using the Good Lord’s word to clap back at Perry.

“Her mouth speaks from that which fills her heart,” the tweet read, which is a verse from Luke 6:45.

Her mouth speaks from that which fills her heart ❤️ Luke 6:45 pic.twitter.com/L7YPi3Iirl

We definitely never learned how to settle old scores in Sunday School, but we admire Brit’s tactic.