“It’s been really special, and the story has, I think, some meaningful things to say, and that we can take some nourishment from.” 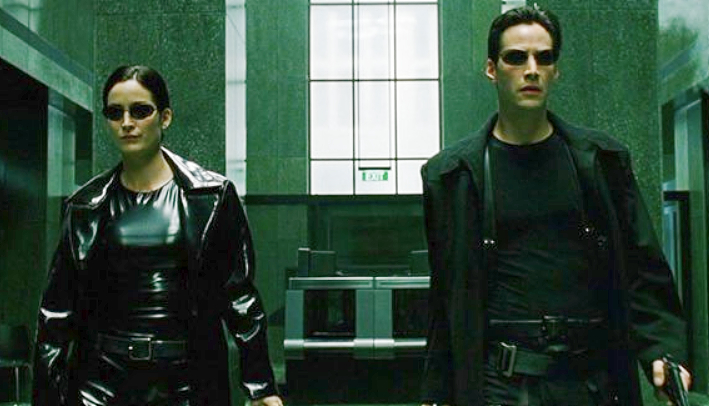 Keanu Reeves and Carrie-Anne Moss, who played Neo and Trinity in The Matrix trilogy, are opening up about why they signed on to make the upcoming The Matrix 4.

“I never thought that it would happen,” Moss tells Empire magazine about The Matrix 4 in a new interview. “It was never on my radar at all.”

Reeves and Moss are joined by franchise co-creator Lana Wachowski, who is the sole director of The Matrix 4, after co-directing and co-writing the original trilogy with sister Lilly.

Lana also co-wrote The Matrix 4 script with Cloud Atlas novelist David Mitchell and The Lazarus Project novelist Aleksandar Hemon. The trio’s screenplay was apparently strong enough to lure both Moss and Reeves back into the fold.

“Lana Wachowski wrote a beautiful script and a wonderful story that resonated with me,” Reeves added. “That’s the only reason to do it. To work with her again is just amazing. It’s been really special, and the story has, I think, some meaningful things to say, and that we can take some nourishment from.”

Indiewire has more casting details about the upcoming The Matrix 4:

Plot details for “The Matrix 4” have remained under wraps, although there are rumors swirling that time travel is involved and somehow a younger iteration of the Morpheus character is involved.

Reeves and Moss’ fellow “Matrix” co-star Jada Pinkett Smith is returning to the franchise as well, while new additions to the world include “Watchmen” star Yahya Abdul-Mateen II, Neil Patrick Harris, Priyanka Chopra, and Jessica Henwick, among others.The movie had wrapped production in San Francisco earlier this year and was heading to Berlin when filming was put on hiatus.

While the new Matrix storyline has yet to be revealed, Wachowski is reportedly handling the action scenes herself behind the camera. John Wick directors Chad Stahelski and David Leitch were stunt coordinators on the original Matrix trilogy and told Collider in April how they were involved with The Matrix 4.

“What makes [Lana] so great is she directs her own action,” Stahelski said. “We’ve had second unit directors on some of the [‘Matrix’ films] just because of the logistics involved.”

“But of late, and especially on ‘Matrix 4,’ she’s directing her own action. The second units for them are mostly establishing shots, the B-sides of some of the compositions for some locations. But Lana, she does her own action. She weaves it into the main unit stuff, which is why their stuff looks so good.”