Keanu Reeves Confirms the Title and Gives the Meaning Behind ‘John Wick 3: Parabellum’ 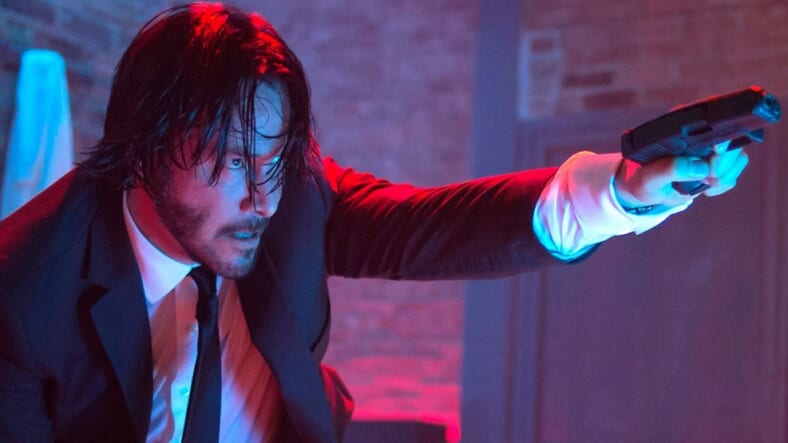 When it comes to the actual title of the movie we’ve been calling John Wick 3, it seems like the filmmakers are relying heavily on the audience accepting a little classical Latin along with murder by pencil and other mayhem.

Keanu Reeves revealed in an interview that John Wick 3: Parabellum is indeed the movie’s real title, after all. He also gave a straightforward explanation as to what it means.

Parabellum is a direct reference to Wick’s predicament at the end of John Wick: Chapter 2—you know, the entire assassins’ underworld hunting him after he broke the Continental’s rules about conducting business on its grounds.

Reeves also gave some vague information about Halle Berry’s mysterious role: “…John Wick is fighting for his life and thinks that Halle Berry’s character has some information for him,” he said, “They have a past, and they get involved with The High Table, this kind of overlording entity.”

That’s just enough to get us ready for the war.

Bullets start flying when John Wick 3: Parabellum is in theaters on May 17, 2019.