“When I don’t ride a motorcycle, I go through withdrawal. It’s not good for my health.” 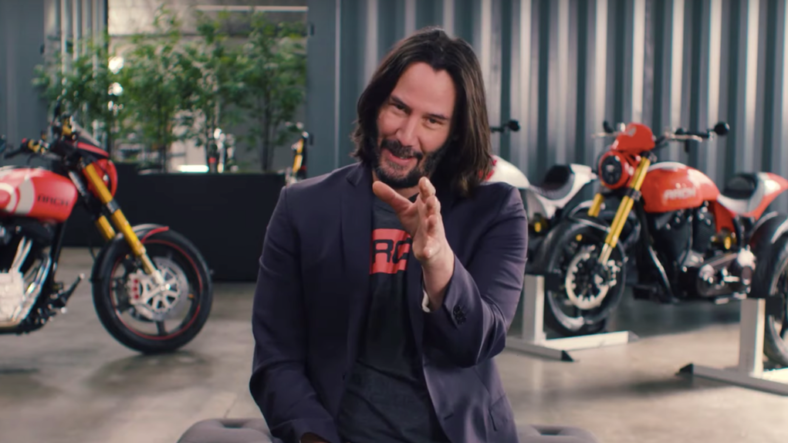 Keanu Reeves has long been a serious motorcycle aficionado, and even co-founded an acclaimed L.A. custom chop called Arch Motorcycle. So it’s high time we got an inside look at the actor’s badass bike collection.

The John Wick star recently showed off some of his most treasured two-wheeled toys at Arch HQ for a GQ video that spans everything from his green Ducati in The Matrix Reloaded to his favorite custom-built Arch bikes.

“For me it’s the visceral quality of it, the wind, the sound,” Reeves says of his bike obsession. “It’s really just a great place to get away. When I don’t ride a motorcycle, I go through withdrawal. It’s not good for my health.”

Also in the video, Reeves reveals a “young woman” taught him how to ride a motorcycle back in 1986 when he was filming a movie overseas. Once he was back in L.A., the young actor bought a 1973 Norton Commando.

“I just grew up really loving Nortons,” he explains. Reeves also lovingly recalls riding a “canary-yellow Norton” in My Own Private Idaho with River Phoenix, and riding bikes in Chain Reaction and John Wick 3.

To watch Reeves geek out about bikes for 11-plus minutes, check out the video above.