It’s a whole other side of the “John Wick” action star. 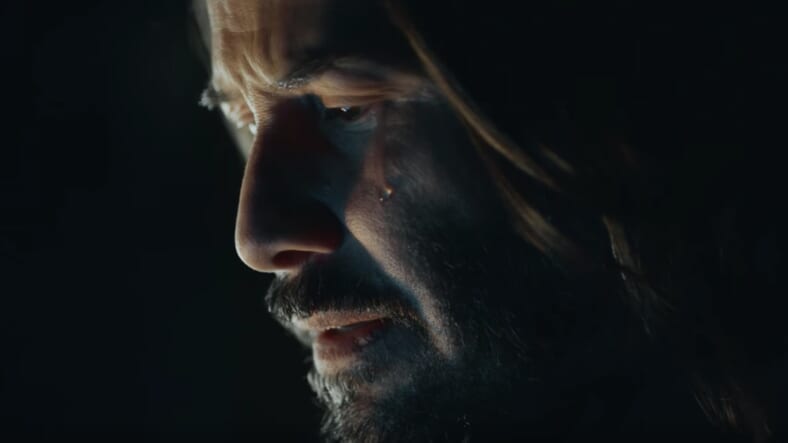 The John Wick action hero stars in a series of offbeat new commercials for the website platform Squarespace that are set to air during the Super Bowl.

He used the service to build his own website for his motorcycle company, Arch Motorcycle, but first needed to get some inspiration by stargazing, sitting by an open fire and being Keanu Reeves.

Once he designs a website befitting the greatness of Keanu Reeves, a gentle Keanu tear falls across his cheek. It is the manliest, most dignified tear you’ve ever seen in a website platform commercial.

It’s also a knowing ode to one of the many great Keanu Reeves memes floating around the Internet, “Sad Keanu.”

There are also some other ads, like a longer one in which Keanu is visited by an apparition of Keanu in the sky like Mufasa in The Lion King.

Squarespace is known for bizarre Super Bowl Ads. Its 2017 ad with John Malkovich won an Emmy for Best Commercial.