She’s even got that slow motion running down. 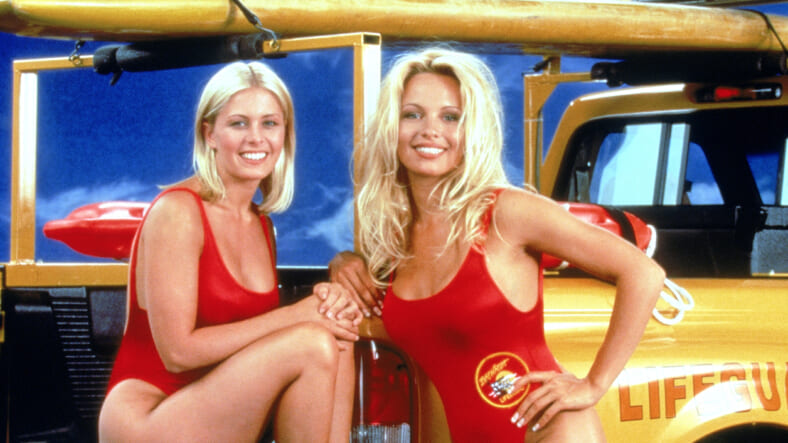 You could say it’s the perfect role for a model who spends most of her time in a swimsuit anyway.

Dwayne ‘The Rock’ Johnson, who will appear in the reboot, broke the news in a hilarious Instagram video with Rohrbach on Monday:

A pleasure welcoming @kellyrohrbach to our #BAYWATCH family for the iconic role of “CJ Parker”. Yes, she's a walking smoke stack but more importantly… she's smart, tough and funny. Just the way we like 'em. Get ready world, we can't wait to bring you our generation's #BAYWATCH! You'll have fun… 👊🏾🔥💯👙🍆 (last emoji somewhat inappropriate).

“Yes, she’s a walking smoke stack but more importantly… she’s smart, tough and funny. Just the way we like ‘em,” Johnson wrote on in the caption for the Instagram video. “Get ready world, we can’t wait to bring you our generation’s #BAYWATCH! You’ll have fun.”

The announcement may be a bit bittersweet for Rohrbach — the video came on the same day news broke that she and actor Leonardo DiCaprio had reportedly split — but at least there’s a silver lining: based on a quick look at her sizzling Instagram account, it’s unlikely this blonde starlet will be off the market for too long.

And besides, it already looks like she has the trademark Baywatch slow motion run down pat:

Umm that kinda hurt. @therock is the coolest guy around. Such an amazing, humble, hilarious and charismatic person! This film is going to be #craywatch

Time to get my slow mo on. Get it together @therock 🏃🏼 #BAYWATCH