Kevin Durant Gets Hilarious Text from Grandma: ‘Stop Cussing so Much’

No matter how successful you are, there’s always going to be an old lady ready to scold you. 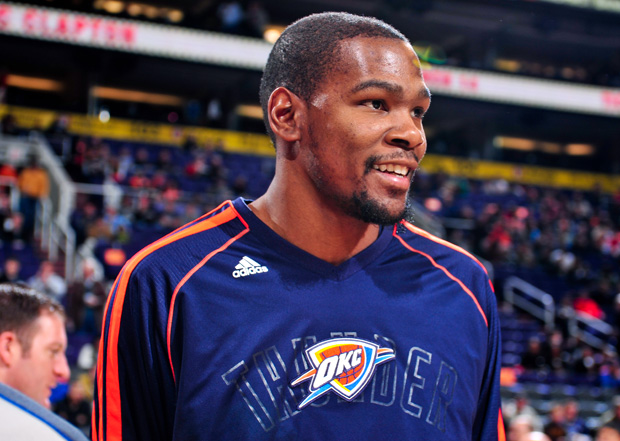 Kevin Durant is one of the NBA‘s two best players, and he’s having a career year leading the Oklahoma City Thunder to the best record in the league, yet his grandma still has a bone or two to pick with the young fella. After a dominant 102-90 win over the Phoenix Suns, in which Durant unleashed what may well be the dunk of the year, his grandma sent him a congratulatory text to go along with a bit of usual grandmotherly finger-wagging:

“Thunder struck again & the Sun(s) went down ( great W )Love u g mom . Kev kev stop cussing so much they be showing u when u do”

First of all, I’m impressed by the nice “Sun(s)” pun. Sure, it was pretty obvious, but I don’t know many grandmas who would pull that one out of their pockets, so props for that.

Click here to read the rest of this article, courtesy of our buddies over at Bleacher Report!