“By the power of Grayskull!” 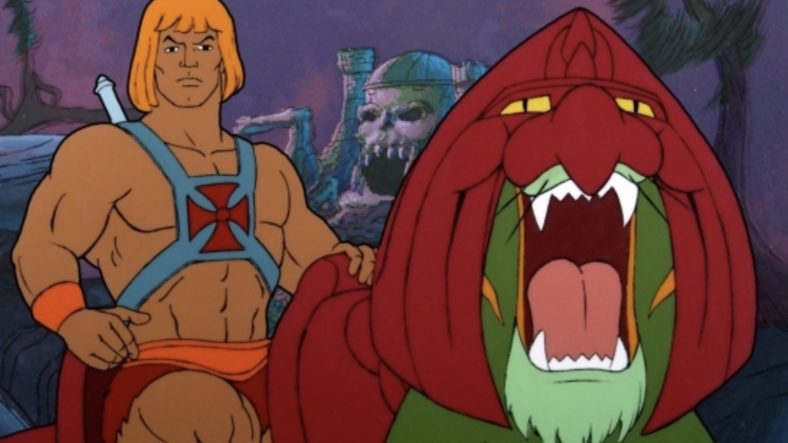 Sooner or later, everything will be revived, somehow. Hollywood likes stuff they are sure will work. This time, it’s He-Man and the Masters of the Universe, the beloved 1980s cartoon featuring a sword-wielding bodybuilder hero with a pageboy haircut and his skull-faced yet improbably muscled-up nemesis, Skeletor.

The magician responsible for reviving this perfect, pure morsel of bad Reagan-era animation? No less than filmmaker Kevin Smith, whose new series will have a different title. See below.

“This is the Masters of the Universe story you always wanted to see as a kid!” Smith told the audience at the annual Power-Con convention in California at the weekend.The series premise revolved around the conflict between heroic He-Man aka “the most powerful man in the universe” and the evil sorcerer Skeletor on the planet Eternia.“I’m Eternia-ly grateful to Mattel TV and Netflix for entrusting me with not only the secrets of Grayskull, but also their entire Universe,” Smith added.The new series, Masters of the Universe: Revelation, will apparently pick up where the original animated series left off and will use Japanese anime-style animation.

We could blame—or thank—Smith, but the internet resurrected He-Man some time ago. Sort of.

In 2005 Slackcircus Studios put out “Fabulous Secret Powers,” a.k.a. “HEYYEYAAEYAAAEYAEYAA,” an animated video using footage from the original ‘toon in which Prince Eric/He-Man sang a bizarre, falsetto version of the 4 Non Blondes’ 1992 song “What’s Up.”

It was so demented and also somehow such an appropriate nod to the series that it went seriously viral and various uploads of the same video have hundreds of millions of views. It also kept He-Man on a low burn in the pop culture galaxy brain. It only makes sense that Clerks director Smith would be the one to partner with Netflix to take us back to Eternia.

Now the unsuccessful and frankly awful live-action 1987 Masters of the Universe movie which starred Rocky IV‘s Dolph Lundgren might get some renewed love as well, for all we know.

Or, you know, maybe not.

Kevin Smith will be the showrunner for Masters of the Universe: Revelation, and he’ll be a producer along with Mattel Television. No word yet as to when the series will be ready for Netflix.

At least we know now that by the power of Grayskull, we will have the power again.