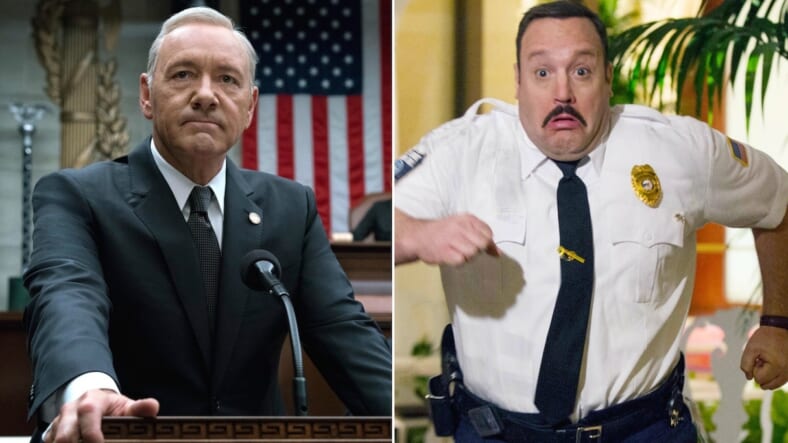 You can file this one under “crazy enough that it just might work.”

After numerous allegations of sexual abuse against its star, Kevin Spacey, the Netflix hit drama House of Cards was cancelled last week. Its sixth season, which is currently in production, is supposed to be its last… that is, unless the 18,000 and climbing (as of Monday afternoon) who have signed this new petition have their way.

Said petition calls on Netflix’s co-founder, Reed Hastings, to replace Spacey with actor Kevin James. Yes, Spacey is a dramatic actor. And, yes, James is a comedian who is best known as an ineffective mall cop and a wife-murdering sitcom goofball.

Here’s what the petition’s starter has to say:

Losing a great show is hard, no matter the circumstances. However, with hardship comeS the opportunity for a great show to become one of the greatest television shows of all time.

I think Kevin James can elevate “House of Cards” to a globally adored franchise like “Game of Thrones” and make the entire world focus on one of the most important Netflix Original series there is.

So, is this petition a total joke? Perhaps it is, but if the idea of dumbbell Kevin James as a murderously crafty politician in a highfalutin prestige drama doesn’t make you smile, you might be as heartless as President Underwood.