You won’t see it on any network, though, 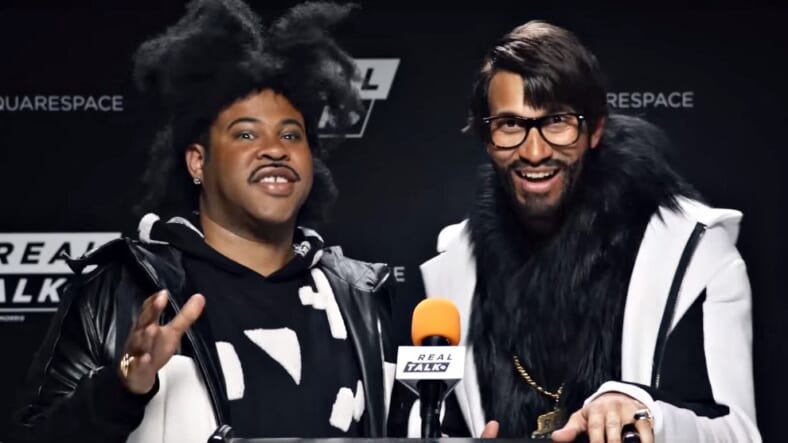 On Super Bowl Sunday, CBS will trot out listless houseplants Jim Nantz and Phil Simms to broadcast the biggest game of the season once again. Go ahead, mute your TV now, and plan on listening to an intriguing alternative. This year, comedians Key Keegan-Michael Key and Jordan Peele of Key & Peele fame will provide commentary for Super Bowl 50, and they’re bound to put that pussy on the chain wax.

In partnership with web design service Squarespace, Key and Peele have come up with two new characters that look like extras from Zoolander 2. Their names are Lee and Morris and they’ll provide a live play-by-play that won’t make you throw bean dip at your TV. CBS can’t say that.

Another thing to look forward to is Lee and Morris dancing around the NFL’s many trademarks. As Mashable points out, Squarespace doesn’t have rights to use phrases like ‘Super Bowl’ or team names ‘Broncos’ and ‘Panthers.’ But if there’s anyone who can pull off this level of rhetorical gymnastics and still deliver a boatload of laughs, it’s these two.