The Killers’ 2004 Barroom Anthem ‘Mr. Brightside’ Is STILL Charting in the Top 100

“It started out with a kiss, how did it end up like this?” 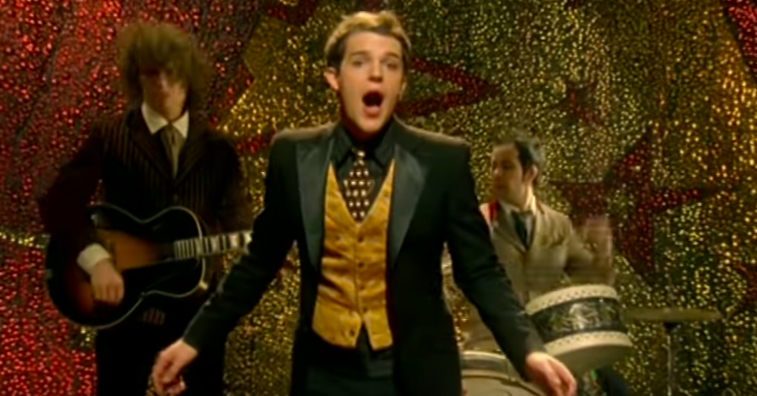 Nearly 15 years after The Killers first released “Mr. Brightside,” the infectious indie rock anthem is still one of the hottest tracks around.

What gives? In the U.S. the tune entered the Billboard Hot 100 in February 2005 and peaked at No. 10 in June of that year. In total, it spent 38 weeks on American charts.

But across the pond, where the Las Vegas-based rockers’ song first premiered on BBC Radio 1, it just hit its 200th week on the UK’s Official Singles Chart Top 100.

Since July 2016, there have been only a handful of occasions when the 2004 indie-pop classic hasn’t appeared in the chart.In a report released last year by the trade body for the UK’s record labels, British Phonographic Industry (BPI), Mr Brightside was revealed as the most streamed song of any track released before 2010.  In the last year (March 2017 – March 2018), the song has been streamed 45 million times, while so far in 2018 alone it’s averaged 878,000 plays a week across all major streaming services, helping it linger around the lower end of the Top 100.

This shouldn’t come as a surprise. You can hardly spend more than an hour inside a college bar without hearing that unmistakable riff followed by every patron shouting, “Coming out of my cage, I’ve been doing just fine,” along with frontman Brandon Flowers.

One particularly moving pub performance went viral in 2016. An Irishman named Brian O’Sullivan sang the tune as a tribute to his late friend. The Killers were impressed.

Brian O'Sullivan, if Brandon ever needs a fill-in, we're calling you! May we all have friends like this #farmersrule https://t.co/mENU0pGfHr

Don’t be surprised if this earworm is still a staple 15 years from now.