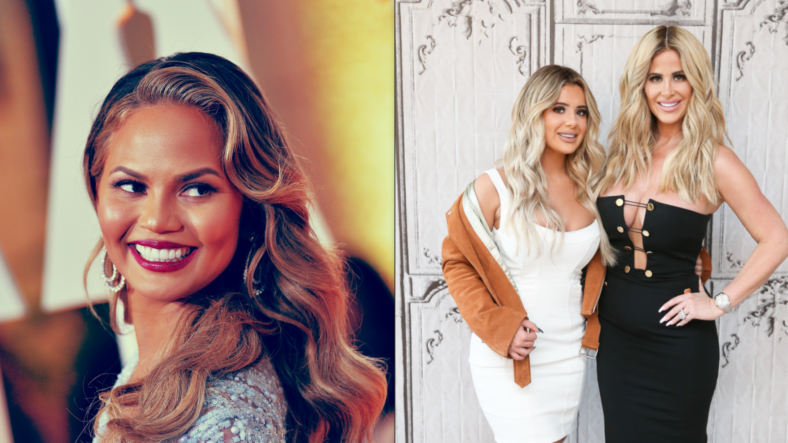 Kim Zolciak made a more-than-questionable parenting decision when she jokingly offered to have her daughter Brielle blow whoever could supply John Legend tickets to the Real Housewives star and her 4-year-old son.

@chrissyteigen sooo ur hubby is comin to ATL may19 & Kash is beyond OBSESSED w him! who does Brielle have to blow in order to meet him?? LOL

“@chrissyteigen sooo ur hubby is coming to ATL may 19 & Kash is beyond OBSESSED w him! who does Brielle have to blow in order to meet him?? LOL,” she tweeted.

It was just another example of the typically basic behavior Zolciak and the other real housewives exhibit regularly. But Chrissy Teigen, being the the social media ninja she is, kept the joke rolling without ravaging Kim’s 20-year-old daughter.

“Plz don’t blow anyone it’s not that good of a show,” Teigen responded. “Jk it’s good but i’ll get you tix without the oral.”

Others were a little more candid in their response.

Just a suggestion, but you know you can just go on Ticketmaster and not pimp out your daughter?

Its a bad joke

Props to Chrissy for being a class act, but seriously—what the hell was Kim thinking?