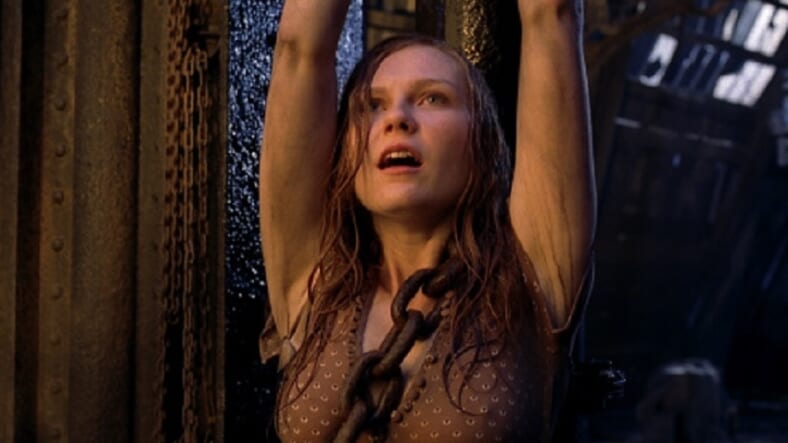 Kirsten Dunst believes the Spider-Man films she starred in alongside Tobey Maguire were the best movies about the wall-crawler, and she isn’t afraid to say so.

She’s on the cover of Marie-Claire in July and in her interview with the magazine she goes over a lot of territory, from her upcoming turn in the gothic thriller The Beguiled to marriage and parenting. She is at her no-bullshit best, however, in discussing the fact that Spider-Man has been rebooted again, this time with Tom Holland in the title role.

“We made the best ones, so who cares?” she tells the magazine, “I’m like, ‘You make it all you want.’ They’re just milking that cow for money.”

No, tell us how you really feel. “It’s so obvious,” she continued, “You know what I mean?”

Kirsten Dunst is only 35 but she’s been acting since childhood and that probably explains why she doesn’t hesitate to speak her mind in a town where some actors with less clout and experience might worry doing so could cost them future jobs.

After all, her Marie-Claire interview isn’t the first time Dunst has been so blunt about this subject. She told Variety she doesn’t care about the new films, because “Everyone likes our Spider-Man. C’mon, am I right or what? Listen, I’d rather be in the first ones than the new ones.”

In the end the box office receipts may be all the film industry needs to see to determine whether all the Spider-Man reboots have been worth it.

But we wouldn’t want to debate the need for the new films with Kirsten Dunst, either.