Dennis Rodman says he’s got next. 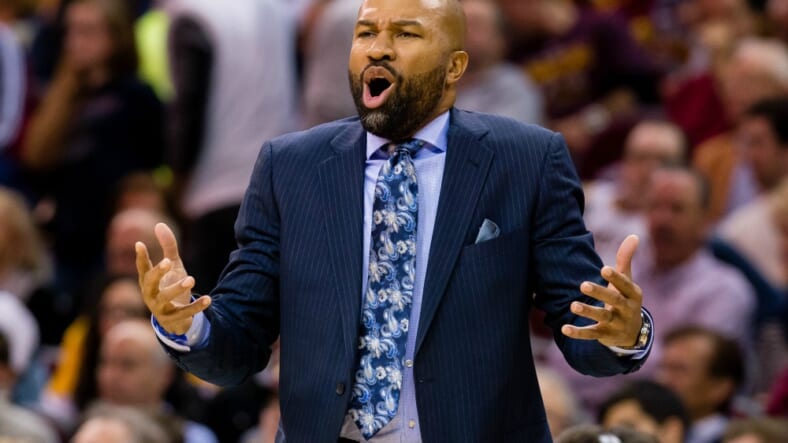 The New York Knicks have fired Derek Fisher amid a cold streak that has seen them lose 9 out of 10 games and drop to 23-31 this season, the team announced Monday morning. Knicks President Phil Jackson immediately installed Revenge of the Nerds extra Kurt Rambis as the interim head coach.

Fisher was only in his second year at the helm of the Knicks, and even though the team is outside the Eastern Conference playoff picture, they’ve already won six more games than last season. On top of that, there’s some reason for optimism at the Garden: the team’s top pick, Kristaps Porzingis, aka Godzingis, aka The Porz Authority, has been a revelation as a 20-year-old and Carmelo Anthony is playing with a relaxed unselfishness that would have been thought impossible just a year ago. Despite their record, the Knicks are ascendent.

Clearly Jackson didn’t consider Fisher his sherpa. It’s worth noting that Fisher had a weird off-season that involved a reported ass-kicking at the hands of Memphis Grizzlies forward Matt Barnes. Fisher is dating Barne’s ex and the notorious hot-head apparently drove 90 miles in October to “beat the shit out of” Fisher, his former teammate with the Lakers. Barnes was suspended a couple games by the NBA for his role in that altercation. Fisher was embarrassed by his.

Where the Knicks go now is up to Jackson, who is reportedly favoring two former players of his in Brian Shaw and Luke Walton. But there’s another former Jackson charge who’s already thrown his jester’s hat into the running, and we’d like to go ahead and offer our meaningless endorsement. Get it, Worm.

Hey @PhilJackson11 @nyknicks, I have a pretty decent resume on the court and I can coach; and I'm available. Call me. @nba