Good sportsmanship is alive and well. 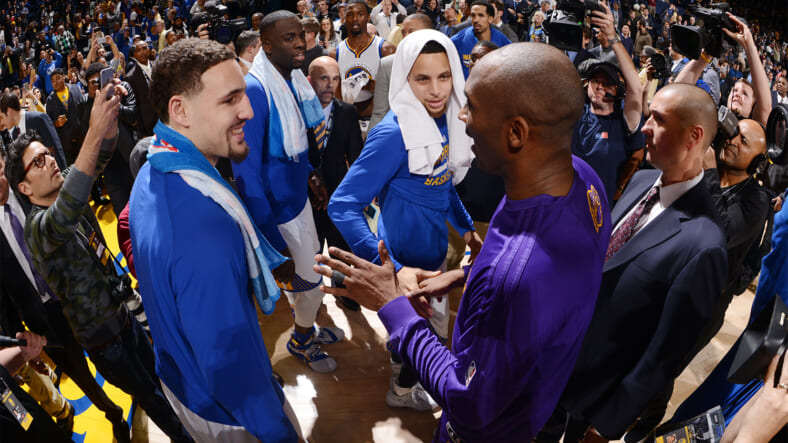 The Kobe Bryant farewell tour blew through Oakland on Thursday night, giving Golden State Warriors fans one last chance to watch the ghost of a Laker legend brick jumpers at the Roaracle. After the game, in which Kobe went 4-15 from the field, he had a surprisingly earnest message for the Warriors’ young core: “You guys have got to go ahead and make history.”Later, Kobe said his message to Steph Curry, Klay Thompson and Draymond Green was something of a torch passing. “It’s their time. It’s their time,” he said. “It’s their time to step up and play and see how many championships they can win, see how many gold medals they can win. I had my run. Now it’s important for them to carry it forward.”Bryant also inscribed a pair of his game-worn sneakers for Green with the simple message: “Make history.”Coming from any other well-adjusted human being, this kind of thing would hardly be notable. But this is the Black Mamba, a once-elite athlete who’s so fiercely competitive that he’s willing to impede the development of his young teammates for a self-aggrandizing victory lap that’s seen very few victories at all. So good on Kobe, who seems to finally be realizing, albeit a couple years late, that his time has come. Here’s hoping he continues this transition into a kindly veteran of the league who whispers words of encouragement to the game’s emerging stars — maybe even the ones on his own team.