‘The Shining’ Had A Much Darker Alternate Ending, And It Has Finally Been Revealed 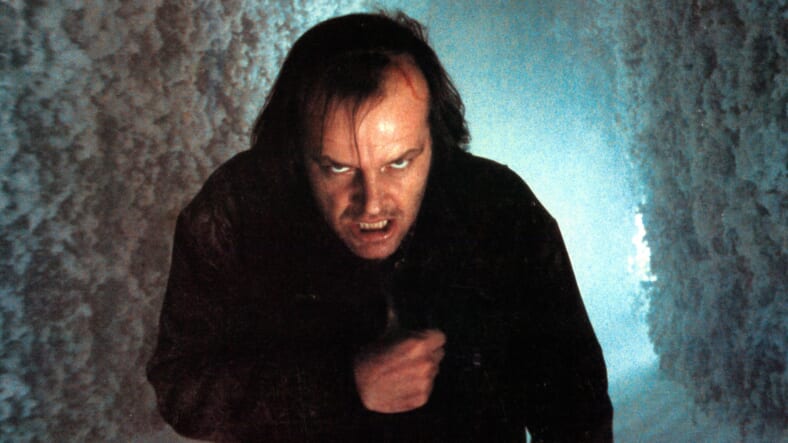 Stephen King is happy to crap on Stanley Kubrick’s film version of his novel The Shining whenever possible. Imagine how much angrier he might have been with the liberties the great director took with his tale if Kubrick had decided to kill off Danny Torrance, the little boy central to the story. Because Kubrick damn near did just that, according to Shining screenwriter Diane Johnson.

In an interview with Entertainment Weekly, Johnson revealed just how far Kubrick considered going to get away from King’s ending in the novel. “The ending was changed almost entirely,” Johnson told EW, “because Kubrick found it a cliche to just blow everything up. He thought there might be something else that would be metaphorically and visually more interesting…”

Johnson said several character deaths aside from Jack Torrance’s (Jack Nicholson) were considered, including little Danny’s. “Danny’s relationship with his father was the thing that most interested Kubrick,” Johnson said, “He was emotionally involved with the point of view of a little boy who is afraid of his father. I remember Kubrick saying that visually he could imagine a small yellow chalk outline on the floor like that they put around the bodies of victims. And Kubrick liked that image.”

In the end the director couldn’t go there, though—which is good because killing kids in movies rarely goes over well. Another early version of the film’s story—which can be read here—killed Jack Torrance and then saw Dick Hallorann (Scatman Crothers) the kindly psychic cook who bonds with Danny early in the film, become possessed by the hotel.

According to Johnson, the filmmakers “always had the powers of the hotel in mind. So the hotel would have been warping Hallorann’s mind for quite a long time.”

“It was an attractive idea,” Johnson continued, “that Hallorann is good [throughout the film] then he gets there and is possessed by the hotel into a monster surrogate for Jack.”

If you’re among those who accept Kubrick’s movie on its own terms, then you probably think it’s perfect as is, with the weird image of a frozen Jack Torrance sitting in the snow.

One thing seems pretty clear, though: Stephen King still would’ve hated it regardless.