Kawhi Leonard Might Be Rich, But He’s Still the Most Humble Baller Around

The NBA pro makes bank, but it’s how he spends it that’s really impressive. 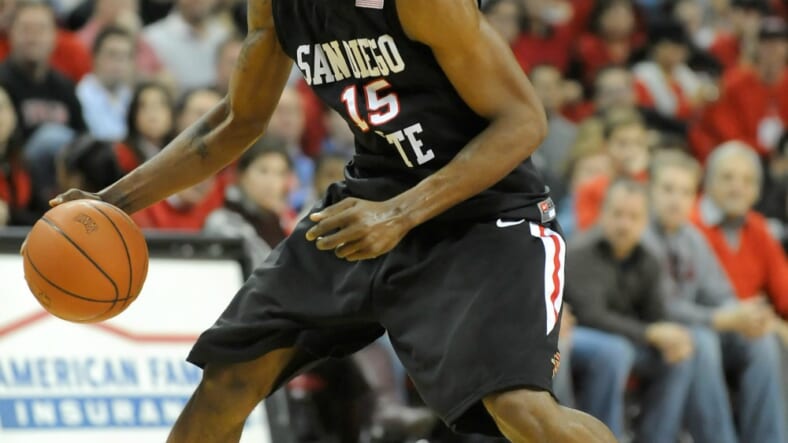 Last summer, after firmly establishing himself as the NBA’s best two-way player, Kawhi Leonard signed a five-year, $95 million contract with the San Antonio Spurs. In the eight months since, he’s gone on a spending spree that would make his always understated teammate Tim Duncan proud — which is to say, he hasn’t spent much of it at all:

Leonard spends his summers in a two-bedroom apartment in San Diego, where he hangs a mini hoop over one door so he can play 21 against [his friend] Castleberry. He carries a basketball in his backpack even when he isn’t going to the gym. He often drives a rehabbed ’97 Chevy Tahoe, nicknamed Gas Guzzler, which he drove across Southern California’s Inland Empire as a teenager. “It runs,” Leonard explains, “and it’s paid off.”

That’s from a brilliant Lee Jenkins profile in Sports Illustrated that reveals Leonard to be the kind of NBA personality that the San Antonio Spurs would concoct in a lab if they were into that kind of Frankenstein shit. Leonard is reserved and modest, and always has been: In high school his stats were often credited to another player. “Doesn’t matter,” he would say. And even though he does own a Porsche, the 24-year-old prefers to drive around the 19-year-old SUV.

He is happy to sponsor Wingstop, which sends him coupons for free wings, so he can feed his Mango Habanero addiction. This winter, after his $94 million contract kicked in, he panicked when he lost his coupons. Wingstop generously replenished his supply.

Leonard is a hooptie-driving, coupon-clipping, social media-shunning, Jenga-playing introvert. These qualities in a normal man would not be unusual. But the combination of a ordinary man’s personality with an extraordinary man’s talent is always notable. If only because it can make a guy at home on his computer with a crap car in the garage feel a little but more like a superstar himself.