These celebs and influencers didn’t top the list for thirst traps but for posts with heart. 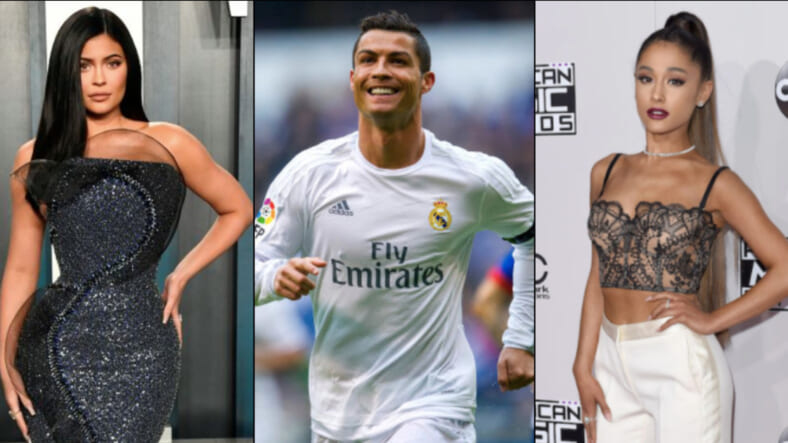 Kylie Jenner, Ariana Grande, Cristiano Ronaldo and the late Chadwick Boseman were among the Instagram powerhouses who notched the social media platform’s most-liked posts of 2020.

Uproxx reports that the most liked-posts weren’t IG thirst traps but rather posts that appealed to more sentimental values by focusing on birthdays, babies, and relationships, FWIW:

Kylie Jenner had the strongest grip over the rankings, as four of the top posts are hers. Travis Scott pops up in a couple of them: One was a gallery post featuring photos of Scott, Jenner, and their daughter Stormi in honor of Scott’s birthday (which landed in fourth place after racking up a hair under 16 million likes).

The other one featured a pair of photos of Scott and Jenner dressed up (No. 10, 14.2 million likes). Also making the list as a late entry is Ariana Grande, whose December 20 post needed just about a week to accumulate 15.4 million likes and slide into sixth place on the list.

Beyond the influencer and music world, sports stars—soccer, in particular—racked up massive numbers on Instagram in 2020.

Posts from Cristiano Ronaldo and Lionel Messi about the death of soccer legend Diego Maradona took up two of the top three spots, while another post from Ronaldo and a LeBron James post about Kobe Bryant’s death also made the top ten.

The death of Black Panther star Chadwick Boseman also rocked the ‘Gram, with 2020’s No. 2 post being from the account that confirmed his death.