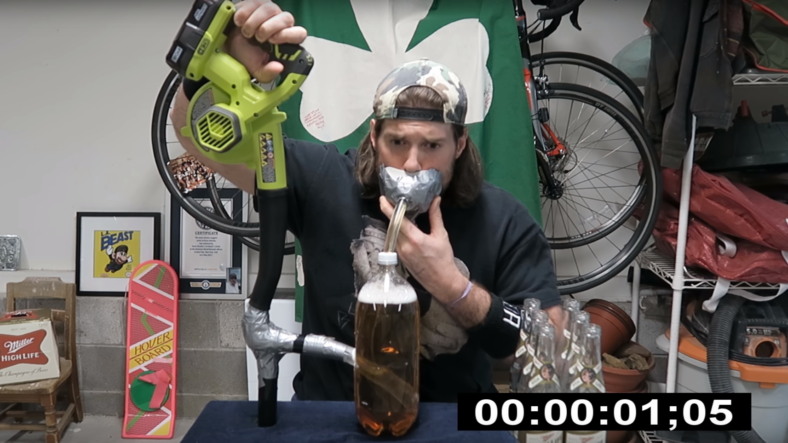 No matter how much beer you power chugged out of bongs and paint sticks in college, we guarantee you’ve never seen it done quite like this.

Kevin Strahle, a competitive eater and YouTube star who calls himself the L.A. Beast, Macgyvered a contraption that uses the 160-mph airflow from a leaf blower to shoot beer through a tube and down his gullet. Watch the madness above.

Strahle’s goal was to imbibe 6 bottles of Miller High Life in under 40 seconds, which he narrowly achieved in 39.13 seconds. He even manages to keep all but a little bit of froth down.

It may not qualify the L.A. Beast for another Guinness World Record, but it is weirdly impressive.

As Strahle says at the beginning of every video, have a good day!