Watch This Beast Lambo Totally Own an Enormous Puddle

This is how you make El Niño your bitch. 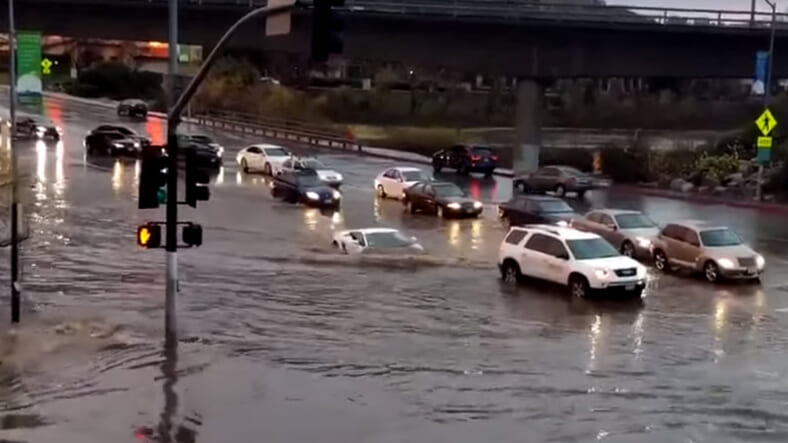 A Lambo isn’t just a car. It’s a statement. It signals to the rest of the world that speed limits don’t apply to you. Because you didn’t get this far in life playing by the rules. You drive a Lambo. Nobody tells you what to do. Not even El Niño. Fuck El Niño.

That, we imagine, is exactly what was going through the mind of the driver of the cocaine-white Lambo in this video, who we’ll refer to as “Ken”.

Faced with a wall of El Niño stormwater at a flooded intersection in San Diego, Ken has two options: A) take another route, or B) risk it all. Of course, Ken goes with option B. It’s in his DNA. So he charges forward, letting the puddle almost swallow him whole.

But like mighty Poseidon, he rises from the muddy depths just as the light is turning green. Then, doing what Ken does when Ken sees a green light, he slams the gas and goes.

To where? We’ll never know for sure, but we’ll venture to guess it’s a mansion somewhere off in the hills, where Ken will spend the rest of the night having group sex on a rug made of polar bear fur.