Life is one big lie. 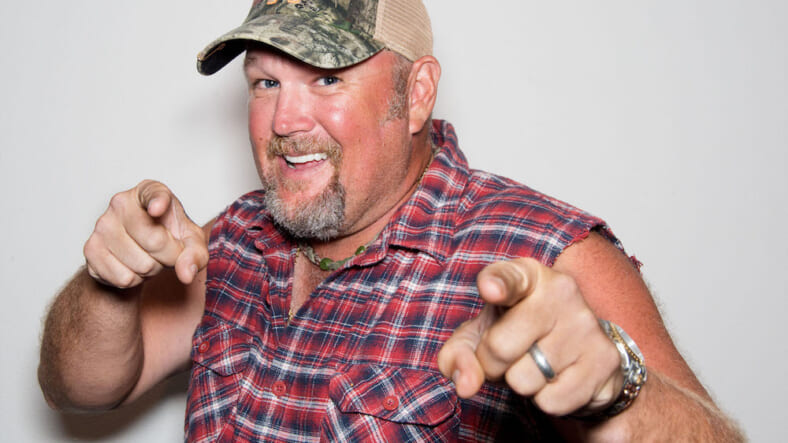 We’ve all speculated that Larry the Cable Guy was exaggerating his Southern drawl for laughs. Now, we’ve got proof.

The Blue Collar comedian confessed in an interview with web-show host Graham Bensinger that it’s all part of his “git-r-done” shtick.

“I’m like a linguists chameleon,” he said in the interview, which was released in February but is just picking up steam online.

His regular speaking voice still sounds a little bit country so don’t feel entirely duped. Larry explains the drawl from his Southern upbringing just comes out at certain times, like on stage…

“I’m a cow kid, I’m a livestock kid, a horse guy… I hang out with people that talk like that,” he explained. “I can turn it on and turn it off anytime I want. It’s not a big deal to me.”

What’s next? Is he not even a real cable guy!?