“Usually you’d be expected to recruit, especially with somebody you work with for nine years.” 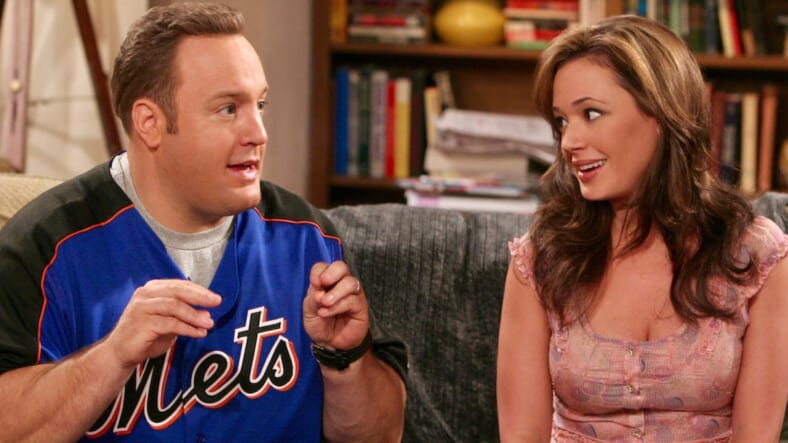 The 47-year-old actress, who played Kevin James‘ wife for nine seasons on The King of Queens and now again on Kevin Can Wait, reveals to PEOPLE magazine she saved James from the grip of the Church of Scientology.

Remini, who has disavowed scientology after practicing for 30 years, explains church members insisted she convert her co-star.

“They always tried to get me to, [asking] ‘Why is he not in? Why have you not promoted it to him?’ I was like, ‘Because he’s Catholic. He doesn’t want anything to do with it,'” Remini said.

“They let it go after a while, but usually you’d be expected to recruit, especially with somebody you work with for nine years.”

The church has since denied Remini’s claims.

“We have nothing to do with Kevin James and never attempted to ‘recruit’ him to the Church,” a Scientology spokesperson told PEOPLE.

“How does Leah Remini bring this up now after she wrote an entire book and didn’t mention it? Remini does it to get attention.”

“Indeed, the only thing we know about Kevin James is that Remini would repeatedly tell the Church that he was a bully and we tried to counsel her to be more open and communicate so they could get along better.”

It’s all part of a nasty fallout between Remini and the church that has followed since the release of her 2015 tell-all memoir Troublemaker: Surviving Hollywood and Scientology and subsequent A&E docu-series Leah Remini: Scientology and the Aftermath.

Remini isn’t having their shit.

“I’m finally at peace knowing who I am and who I want to be,” she told PEOPLE. “I just want to be happy — and I want to help people.”