These Are the Most and Least Realistic Movie Psychopaths, According to Psychiatrists

Learn how Hannibal Lecter stacks up. 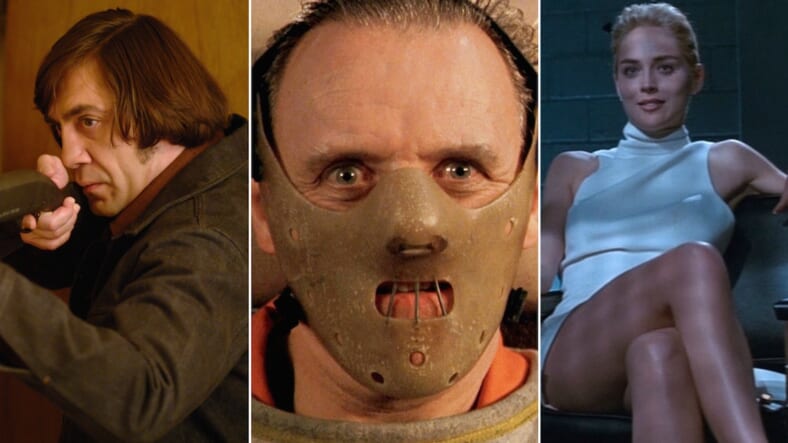 Our understanding of psychopathy, the hallmark of which is an absolute lack of empathy or consciousness, is greatly influenced by Hollywood.

Popular villains like Anton Chigurh of No Country for Old Men, Hannibal Lector of The Silence of the Lambs and Catherine Tramell of Basic Instinct have propagated an image if psychopaths as cool, calculating and impossibly brilliant. In reality, psychopaths are typically more reckless and far less polished than they are in the movies (sorry to disappoint).

A paper published in the Journal of Forensic Sciences analyzed 400 of the most iconic psychopaths in film and broke down which are most realistic and which are mere caricatures. That does not necessarily detract from their watchability, however.

Here, some of the most and least realistic psychopaths you’ve seen on the big screen:

“We lack information concerning his childhood, but there are sufficient arguments and detailed information about his behavior in the film to obtain a diagnosis of active, primary, idiopathic psychopathy, incapacity for love, absence of shame or remorse, lack of psychological insight, inability to learn from past experience, cold-blooded attitude, ruthlessness, total determination, and lack of empathy.”

“In this film, the main, interesting theme is the chaos and instability in the life of the psychopath, Henry’s lack of insight, a powerful lack of empathy, emotional poverty, and a well-illustrated failure to plan ahead.”

“He has a house, is socially competent and seems like the average man on the street. Through the film, we learn that he is in fact an organized paraphilic [sexually violent predator]. Here, the false self is well illustrated.”

“Gordon Gekko from Wall Street is probably one of the most interesting, manipulative, psychopathic fictional characters to date. Manipulative psychopathic characters are increasingly appearing in films and series.”

“Early representations of psychopaths in film were often created with a poor or incomplete understanding of psychopathic personalities or, as they are usually labeled today, psychopathic syndrome. They were often caricatured as sadistic, unpredictable,sexually depraved, and emotionally unstable with a compulsion to engage in random violence, murders, and destruction, usually presenting with a series of bizarre mannerisms, such as giggling, laughing, or facial tics, often creating famous and unreal characters.”

“In these slasher films, psychopathic characters are generally unrealistic, accumulating many traits and characteristics, such as sadism, intelligence, and the ability to predict the plan that the future victims will use to escape. Today, these are more iconic popular evil representations of fictional killers than of interesting psychopaths.”

Hannibal Lecter (Anthony Hopkins) — The Silence of the Lambs (1991)

“The traditional ‘Hollywood psychopath,’ generally found before 2000, is likely to exhibit some or all of the following traits, which make them ‘ideal villains/superhuman’: high intelligence and a preference for intellectual stimulation (e.g., music, fine art); a somewhat vain, stylish, almost “cat-like” demeanor; prestige or a successful career or position; a calm, calculating and always-in-control attitude; and unrealistic, exceptional skill at killing people, especially with blades or household objects (sometimes overpowering multiple assailants with superior armament). These traits, especially in combination, are generally not present in real psychopaths.”

“As in reality, film female psychopaths are rare (and not well known and studied), and when used, they often serve as scheming manipulators whose main weapons are sexual.”